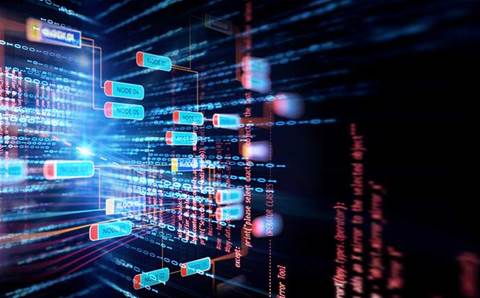 IBM has developed a method for using a blockchain on a network of Internet of Things devices to execute smart contracts, another sign that Big Blue sees bigger applications in the fledgling space.

First reported by Coindesk, the method was revealed in an IBM patent application released last week, showing that IBM has devised a way to allow for the secure execution of smart contracts, a protocol that sets rules and conditions for transactions on a blockchain, on connected devices.

The company hasn't been shy about its blockchain ambitions, most recently showcasing the use of blockchain applications to help track food supply chains for Walmart and nine other major brands. The company also recently revealed a blockchain called TrustChain that can ensure the authenticity of jewelry, tracking the diamond or precious metal from refinery to retail.

As explained by Coindesk, IBM's proposed method seeks to tackle two challenges of running a blockchain — the decentralized ledger technology that powers Bitcoin — on an IoT network. The first challenge is that an IoT blockchain network wouldn't be able to participate in the compute-intensive process of mining that powers major cryptocurrencies because the connected devices don't have enough power. The other challenge is that a large-scale mining operation could likely have a higher success rate of attacking and compromising an IoT network.

IBM proposes to solve these problems by limiting the numbers used in a proof-of-work system, which is the consensus algorithm that is used to confirm transactions. The goal is to "provide equal chances of successful completion of proof-of-work to all IoT devices in the network," according to the patent filing.

The company said use cases for this method include "peer to peer (P2P) energy networks, logistic networks, crowd-sourced weather networks, and the like."

Eliminating departmental friction within MSPs
By Dylan Martin
May 2 2018
10:44AM