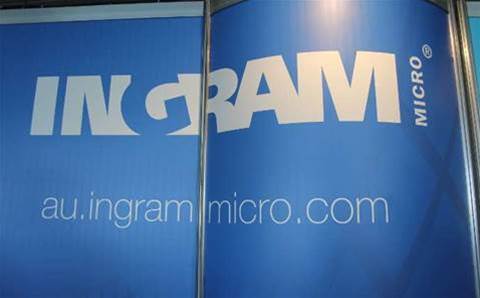 CloudBlue also represents a new level of partnership with Microsoft for Ingram Micro given that CloudBlue will be running on the Microsoft Azure cloud, and the two companies will jointly sell its services.

CloudBlue is the result of Ingram Micro's investments in technologies and several acquisitions over the past few years aimed toward building the world's biggest cloud ecosystem, said Richard Dufty, senior vice president for Ingram Micro platforms.

CloudBlue is a hyperscale cloud commerce platform targeting telcos, MSPs, and even other distributors who are building their own cloud services, Dufty told CRN USA.

"Larger companies who look for volume, complexity, and back-end integration can leverage CloudBlue… It's part of our not just being a distribution organisation, but a technology organization," he said.

CloudBlue is also the platform on which the Ingram Micro Cloud Marketplace runs, Dufty said.

Gavirella Schuster, corporate vice president of commercial partner channels and programs at Microsoft, said CloudBlue will sit on the Microsoft Azure cloud to give the two companies the opportunity to leverage the global scale of Azure.

The use of Azure also gives joint channel partners the ability to quickly ramp up to Microsoft CSP, or cloud solution provider, status, Schuster said.

Dufty said the choice of Azure for the cloud platform for CloudBlue stemmed from the long-term technology relationship between the two companies.

"It was a mixture of leading technology, strong partnership in the past, and the relationship going forward," he said.

CloudBlue offers a proprietary API technology, APS, to provide easy connection to the platform's network of vendor offerings to make them part of other vendors' complete solutions. CloudBlue has already launched and there are already over 200 pre-integrated solutions available from such vendors as Microsoft, Dropbox, DocuSign, IBM, Cisco, and Symantec.

Grabbing the hybrid cloud opportunity with Lenovo and Azure Services
By Joseph F. Kovar
May 3 2018
10:58AM