Xerox profit slumps after CEO and board pushed to resign 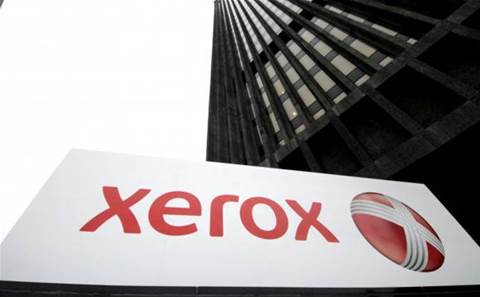 Xerox, battling shareholder disapproval over its US$6.1 billion deal with Fujifilm Holdings, reported on Wednesday a 42.5 percent plunge in quarterly profit, partly due to a charge linked to its venture with the Japanese firm.

Xerox said on Tuesday its chief executive officer and most of its board will step down to settle a lawsuit by activist shareholders Carl Icahn and Darwin Deason, paving the way for new management to reconsider the contentious deal with Fujifilm.

The company said on Wednesday that it will not provide a forecast for 2018 due to the pending director appointment, nomination and settlement agreement with Icahn and Deason.

It would have reaffirmed its full-year guidance on revenue, adjusted operating margin, cash flow and adjusted earnings per share, in the normal course of business, the company said in a statement.

Icahn and Deason, who together hold 15 percent of Xerox, won a rare court order to temporarily block the deal with Fujifilm, which they said undervalued Xerox.

Separately, Fujifilm filed on Wednesday an objection with a US Supreme Court judge over Xerox's settlement with Icahn and Deason, criticising the way the company handled the process and said it had not followed proper procedure to change control of its board.

"The current hurly-burly of private communications with the Court, make-shift submissions and midnight filings is not the proper procedure to decide the fate of a US$7 billion publicly traded company," Fujifilm said in the letter to the court that was seen by Reuters.

Fujifilm and Xerox struck a complex deal in January to combine the US company into their existing joint venture, Fuji Xerox, to gain scale and cut costs as demand for office printing equipment declines. Fujifilm was to then take a majority stake in the combined company.

But the deal soon ran into opposition.

Earlier on Wednesday, Xerox said Keith Cozza, the CEO of Icahn Enterprises, would become its chairman. John Visentin, who formerly led Novitex Enterprise Solutions and had previously been hired by Icahn to assist him in fighting Xerox, is to step in as Xerox's new CEO.

Quarterly earnings from continuing operations was down from last year primarily due to lower equity income, including the Xerox share of a Fuji Xerox restructuring charge, the company said in a statement.

Total revenue was nearly flat at US$2.44 billion, above the US$2.41 billion analysts had expected.

Telecommunications Services
By a Staff Writer
May 4 2018
6:55AM