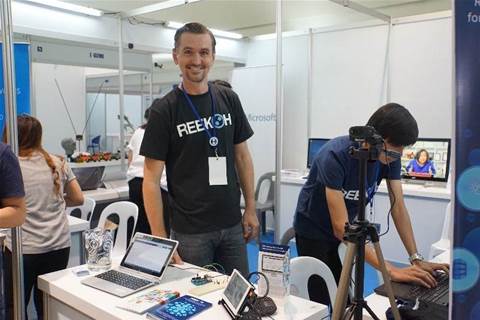 CRN Impact Award winner Reekoh has signed up DNA Connect as the first distributor for its IoT integration platform-as-a-service.

The Brisbane-based startup's platform lets enterprise customers to easily deploy and connect IOT technologies within their existing environment, allowing them to deploy a myriad of sensors in a network and manage complex IoT solutions.

Earlier this month, Reekoh took out the Emerging Innovator award at the 2018 CRN Impact Awards, which recognised Australian startups that have developed and commercialised their own IP.

Reekoh's strength is that the platform can make sense of all other business systems that customers are already connected to, according to chief executive Dale Rankine.

“Partnering with DNA was a natural next step," said Rankine. "DNA’s engineering team worked with us to help test our Splunk plugins in a couple of real-world environments and we have been working very closely with DNA and their Partners on some new Smart City projects. We are growing quickly and partnering with DNA will help to accelerate this growth.”

“The Reekoh platform provides integration between IoT components via plugins, this means no coding just configuration," he said.

"Once Reekoh is in place with the customer, there is also capability for the next stage of IoT projects to develop quickly beyond dashboards into business intelligence and integration.”

Reekoh was also named one of Gartner's "Cool Vendors" for IoT in 2017.