Behind the battles on the Xerox board: an explainer 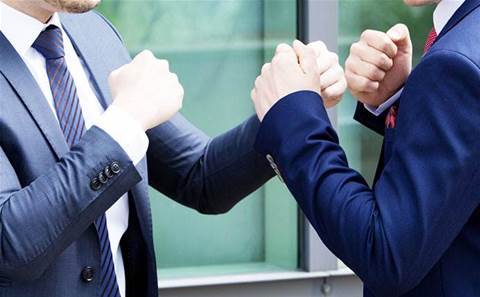 Xerox's embattled board of directors issued a letter to investors last week defending its decisions following a legal setback at the end of April.

As the legal battle between the board and the billionaires rages on, a look back shows the seeds for this fight were planted in Texas.

In 2009, Xerox tossed its hat into the IT business services ring, when CEO Ursula Burns bought Affiliated Computer Services for US$6 billion from Texas billionaire and ACS founder Darwin Deason.

The 74,000 person company provided IT services as well as business process outsourcing (BPO) solutions for customers in banking and other industries.

Weeks after Carl Icahn announced he had become the second-largest owner of Xerox stock, the company said it was splitting the business services division into a separate company.

Icahn later said that this was a move he had urged the company to make "for more than a year".

Xerox said it would return to its roots in hardware, while Icahn was granted three seats on the board of the new company, later named Conduent, and an advisory role in selecting its CEO.

In June, Xerox Technology president Jeff Jacobson, a former Eastman Kodak Company executive, was named Xerox's CEO in waiting, once the split from its service division was completed. Burns said she would step down.

Not for the last time, Deason sued Xerox in US District Court in Dallas to stop the company from splitting with its services division.

He claimed his existing shares in the company would be worthless if the deal went through. The two sides settled by the end of the month, and Deason was given preferred stock in the soon-to-be-created Conduent as well as shares in Xerox.

After Xerox and Conduent officially split into two companies, and Jacobson took over as CEO, Icahn loyalist Jonathan Christodoro was appointed to the Xerox board.

The company's stock price soared, and by December share value was up 30 percent. Then, after fighting with the board, Christodoro stepped down. On 12 December, Icahn posted the first of 11 (so far) letters to Xerox shareholders. In this one, he claimed credit for splitting from Conduent, and started his public attacks on Jacobson.

"If the long-tenured directors at Xerox continue to refuse to acknowledge that change is needed, then we believe it is mandatory for shareholders to speak up and demand that further new blood be introduced into the boardroom," Icahn wrote.

"We have shown time and time again that replacing an ineffective CEO can lead to billions and billions of dollars of value creation for ALL shareholders."

In early January, The Wall Street Journal reported that Fujifilm was in talks to buy Xerox. Troubled by what they said was an accounting scandal at Fuji Xerox, Icahn and Deason joined forces in order to pressure Xerox to disclose the terms of the proposed takeover to shareholders.

At the time, the two controlled 40 million Xerox shares, for a combined 15 percent stake in the company.  On 31 January, Xerox announced that under the proposed agreement, the company would cede a 50.1 percent ownership stake to Fujifilm.

In exchange, Xerox shareholders would receive a US$2.5-billion special cash dividend – about US$9.80 per share – and 49.9 percent ownership of the combined company, with Fujifilm owning the other 50.1 percent.

Xerox was trading at US$30 per share on the date of the announcement.

While Jacobson said the deal "will unlock significant growth and productivity opportunities for the combined company", Icahn fumed that "if this deal is consummated we will no longer be Xerox shareholders. Rather, we will be passive minority owners of a Fuji subsidiary – virtually powerless with respect to the future direction of our investment."

On 12 February, Deason sued Fujifilm, Xerox, and the Xerox board of directors in New York state court calling the deal a "fraudulent scheme" by the board that would hand Fuji control of "a venerable American icon".

"(They) breached their fiduciary duties to Plaintiff and all other Xerox shareholders by negotiating and approving a transaction that dramatically undervalues Xerox, provides a wholly inadequate control premium, if any, and disproportionately favors Fuji," he wrote in court documents. "Accordingly, the Transaction must be stopped dead in its tracks."

Jacobson appeared to be on thin ice as the Wall Street Journal reported that the Xerox board was close to firing him in November, and at the time, ordered him to stop negotiating with Fujifilm. Jacobson ignored the board, according to the report.

Then, Deason's complaint won over Judge Barry Ostrager of the Supreme Court of the State of New York, County of New York who granted an injunction that stopped the Fuji deal, calling it "counter intuitive".

"This transaction was largely negotiated by a massively conflicted CEO in breach of his fiduciary duties to further his self-interest," the judge wrote.

Ostrager said that there was no doubt that Xerox and Fuji had not disclosed some important parts of their decades-old joint venture to the public, including a "lock-up" provision that "restricted Xerox from selling more than 30 percent of its equity to a competitor of Fuji without suffering significant economic dislocations".

May 2018: Boardroom with a revolving door

Following its legal setbacks, Xerox negotiated a settlement with Deason and Icahn under which Deason would drop his lawsuit that prevented the Fuji deal from moving ahead.

In exchange, six board members would have resigned, Jacobson would have stepped down for Icahn's Xerox adviser to take over as CEO.

But when Xerox learned that despite the injunction, it could still negotiate with Fujifilm, they backed out of the settlement, and Jacobson, et. al. remained in charge.

Xerox has also appealed the injunctions, and said in a court filing that the lower court has "eviscerated" the state's "business judgement rule" adding that in doing so the court disregarded the opinion of the board as well as the CEO to determine the course of the company.

The "court has manifestly abused its discretion by applying the wrong legal standard and substituting its own opinions for the board's valid, good faith business judgment," Xerox stated in court documents.

May 2018: Xerox keeps its focus on product

Proving that it is capable of generating headlines for all the right reasons, Xerox got back to basics and launched a  production printer this week that partners are calling a game changer.

The Iridesse Production Press is unrivaled, they say, in its ability to print metallic gradients as well as clear coats in a single pass and at never-before-seen speeds of 120 pages per minute.

Grabbing the hybrid cloud opportunity with Lenovo and Azure Services
By O'Ryan Johnson
May 13 2018
3:16PM