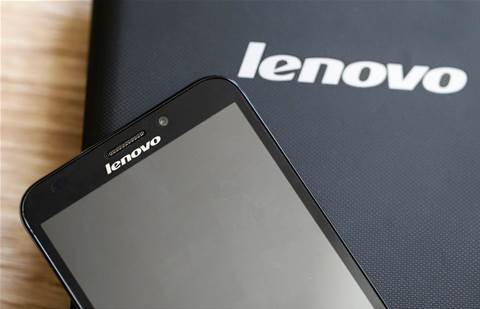 Lenovo has swung to its biggest annual loss in nine years as higher component costs, an expected tax writedown and lower income from asset disposals overshadowed growth in revenue.

The company, which lost the world's largest PC maker crown to HP Inc in 2017, has seen its core PC business suffer from a shrinking market globally, while its smartphone business struggles to stay ahead of fierce competition.

For the year ended March 2018, Lenovo's revenue rose five percent to a three-year high, but the company still posted loss attributable to shareholders of US$189 million, versus a US$535 million profit a year ago.

This was the company's biggest loss since 2009 and wider than an average analyst estimate for a loss of US$161.3 million from 17 analysts polled by Thomson Reuters.

Year-on-year comparisons were skewed by an income of US$10.89 million from asset disposals last year, versus only US$300,000 million in the year just ended.

Lenovo's annual results were also hit by a US$400 million writedown in deferred income tax assets to reflect a lower US corporate tax rate.

The United States in December passed the biggest overhaul of the US tax code in 30 years, designed to kick-start economic growth in the country. Local firms have reported windfalls from the tax reform even as companies abroad have taken a hit.

However, underlying business conditions continue to be tough, with worldwide PC shipments down 1.4 percent from a year ago in January through March, the 14th consecutive quarter of decline for the industry, according to data from Gartner.

Lenovo's net profit over the three months plunged 69 percent to US$33 million, partly reflecting increased component prices and continued losses in the company's non-core smartphone and data centre businesses. The profit, however, beat a consensus estimate of US$27.7 million.

Revenue for the period rose 11 percent to US$10.6 billion, pushing full-year revenue to US$45.35 billion.

The company's PC and smart devices business posted a two percent drop in profit for the year despite an eight percent growth in revenue.

Revenue in the mobile business fell six percent. Lenovo said the segment will "focus on reducing losses in new fiscal year" by focusing on profitable markets such as Americas.

The data centre business, Lenovo's smallest, posted a loss of US$305 million.

Eliminating departmental friction within MSPs
By Sijia Jiang
May 24 2018
5:08PM