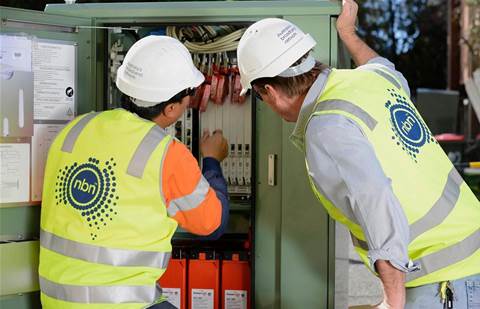 NBN Co is preparing to launch two new wholesale bundles as it shifts its focus toward filling out its product suite.

The wholesale bundle will be priced at $22 per month and include 50Kbps speeds, which NBN Co said was enough for basic telephone service as well as basic email and web browsing.

The company pointed out that the entry-level bundle would suit customers that just wanted a home telephone service and used little-to-no internet.

NBN Co executive general manager of wholesale products Tom Roets said in a blog post that the current NBN 12 product was always intended for this purpose.

"Unfortunately, many households purchased this NBN access network plan via their internet provider assuming it included fast broadband," said Roets. "Some end users didn’t realise it did not provide them the speed or capacity needed to meet their needs, especially during peak usage times."

Roets said the company was also planning to introduce new wholesale pricing options for fixed wireless by the end of September, and would soon begin consultations with RSPs.

"The aim is for fixed access and bandwidth price options to remove the requirement to retain separate charges for providers to support fixed wireless services under the existing two-part price construct and improve the economies of scale for fixed wireless from ISPs."

The new plans follow months after NBN Co revamped its wholesale pricing structure, which included a promotion that discounted wholesale costs for 50Mbps and 100Mbps bundles.

The new pricing structure saw customers flock to faster speed plans; the number of customers signing up to 50Mbps plans or faster increased from 16 percent in April last year to 42 percent this year, according to NBN Co. There are now more than 1.3 million homes and business on 50Mbps or faster, while the average network bandwidth congestion dropped from 7 hours per week months ago to now just under 20 minutes per week on average.

The new 50Mbps and 100Mbps products include a small amount of capacity, rather than charging for access and bandwidth separately, which led to under-provisioning of capacity and slower internet speeds.

Eliminating departmental friction within MSPs
By Brendon Foye
May 28 2018
12:05PM