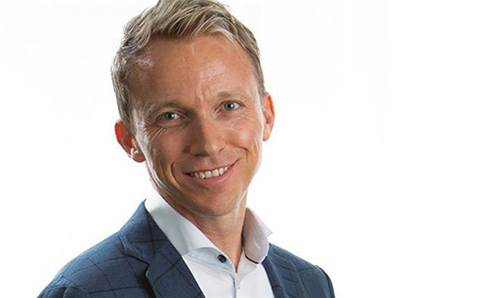 Jason Ashton has stepped down as chief executive of the company formerly known as BigAir, citing personal reasons.

Parent company Superloop confirmed Ashton’s exit from the executive position in an organisational update released to the ASX Monday morning. Ashton will continue as a director and consultant with the business, focused on NBN integration.

Drew Kelton, who was recently appointed as Superloop's chief executive, said: “The opportunity for Superloop with the NBN transition is huge and I welcome Jason’s expertise, knowledge and experience in driving the best outcomes for our customers both now and in the future.

“We thank Jason for his significant contribution as an executive since BigAir was acquired in December 2016.”

The company on Monday also announced that Matthew Hollis, Superloop executive director and group GM of sales and marketing, had decided to step down from his executive role.

“Matt has done a terrific job since joining the company in March last year, leading the establishment of a structured and focused sales organisation driving the group’s product and revenue growth. We look forward to continued associated with Matt and wish him well,” Kelton said.

Kelton became Superloop chief executive on 1 July, as founder Bevan Slattery stepped down from the CEO position to become an executive director and focus on “strategic priorities” for the network provider. The changes were announced in March.

“I’m delighted that we’re now moving into the next phase of growth, with me stepping into an executive director’s role, freeing my up to focus on driving strategy and having a great CEO like Drew join the team to drive the performance of the business,” Slattery said at the time.

Superloop has hired Ashleigh Loughnan as group head of human resources and Adrian Martin as VP of international carrier sales, according to the organisational update.

The company also revealed it had completed NBN B2B acceptance, a new interface that allows RSPs to directly integrate their platforms onto the NBN platform.

“Superloop has developed the system to allow other service provider wholesales access via the Superloop 360 portal and via an interface later this year. Superloop’s retail ISP, Superbb, will be using this interface,” the company wrote.

Superbb, unveiled in late 2017, is on track to activate its first NBN point on interconnect this month, making progress towards its stated goal of completing all 121 points of interconnect by the end of the year, the company said.

Eliminating departmental friction within MSPs
By Michael Jenkin
Jul 2 2018
10:41AM