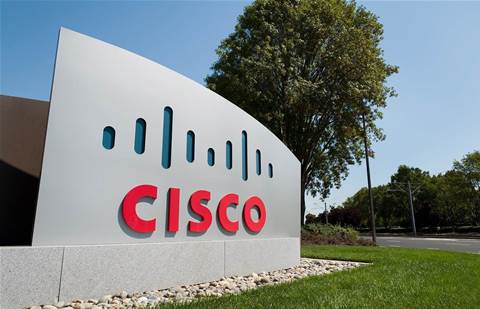 Amazon is preparing to shake-up the networking market with a hush-hush project developing low-cost switches, according to a report published Friday in The Information.

The cloud leader is looking to undercut comparable networking products by 70 or 80 percent with the first white-box switch on the commercial market—an unprecedented foray into the corporate data center that would deliver streamlined connectivity to its public cloud.

Such a move could amount to a broadside against networking giants like Cisco. The report, citing one source directly involved and another briefed on the project, was enough to send Cisco shares down more than 4 percent to US$41.81 on Friday afternoon. Juniper Networks and Arista Networks stock also immediately slumped.

An Amazon spokesperson did not immediately respond to a request for comment.

AWS plans on launching the product in the next 18 months, according to the source with direct knowledge of the project. Current manufacturing partners include Celestica, Edgecore Networks and Delta Networks.

Development of the technology is informed by Amazon's experience running similar white-box switches within its own massive data centres. James Hamilton, the cloud leader's data centre guru, is directly involved in the project's management, The Information reported.

A Cisco executive told CRN the networking leader has a close relationship with AWS, and development of an AWS data centre switch neither jeopardized that relationship, nor threatened Cisco's market position.

Cisco dominates market share in nearly every category it offers products in, and has strong relationships with all hyperscale clouds, including AWS rivals Google Cloud Platform and Microsoft Azure. Those providers are always looking to innovate and invest in developing reference architectures, the Cisco executive said.

Those working relationships carry great opportunities for partners, the executive said, and AWS's development of its own switch could simply be "one more arrow in partners' quivers."

"Cisco has embraced all the web-scale cloud providers, and our partners have tremendous opportunity to merge the two together and be successful in a multi-cloud environment. We're helping partners accelerate with multi-cloud advisory services. If anything, this is another example of more that partners can do across Cisco and AWS and drive the kind of innovation customers want to see."

Amazon, once hostile to the hybrid cloud, has accepted in recent years that private infrastructure isn't going anywhere for the time being.

Adding hardware switches to its portfolio could bolster the provider's position in the hybrid cloud market, which is already being advanced by an alliance with VMware.

Matt Brown contributed to this report

Eliminating departmental friction within MSPs
By Joseph Tsidulko
Jul 16 2018
7:00AM