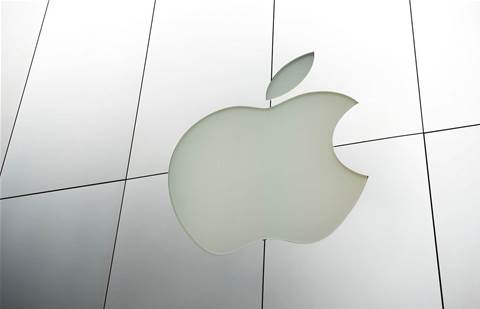 Apple became the world's first company to achieve a US$1 trillion market capitalization after the tech giant's stock price reached an all-time high on Thursday.

However, the company slightly sank below the US$1 trillion market after hitting that point right before noon ET.

The milestone happened after Apple reported its third-quarter earnings results on Tuesday, where the company's iPhone and services businesses drove revenue up 17 percent year-over-year to US$53.27 billion.

While iPhone unit sales grew only 1 percent during the quarter — to 41.3 million — revenue grew much faster, thanks to the higher-priced iPhone X, which starts at US$999. The company's iPhone business grew 20 percent year-over-year to US$29.91 billion in the third quarter.

"We could not be happier that it has been the top-selling iPhone since the launch," Apple chief executive Tim Cook said. "So we feel terrific about iPhone X."

The company's stock price was up around 2 percent to US$206.46 per share early Thursday afternoon.

Eliminating departmental friction within MSPs
By Dylan Martin
Aug 3 2018
6:24AM