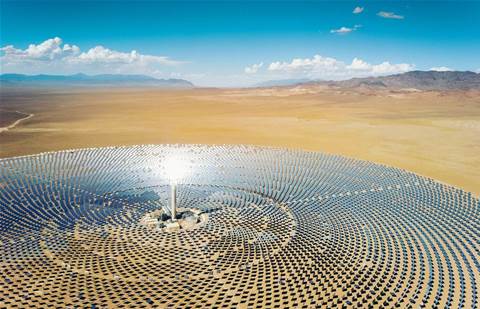 The facility will be built within Hadouken’s solar farm in Collie, 200km south of Perth, and will have specific hosting zones to enable low-cost hosting and high redundancy for both traditional IT workloads and mining cryptocurrencies.

DC Two said the facility will be the first in the south west of Western Australia as well as the first “behind the grid” data centre in Australia while being powered primarily by renewable energy sources.

“The site in Collie brings together many factors enabling us to provide globally competitive power to our customers, whilst adding much needed local demand for base load power for the existing coal mines and power generators in the region,” DC Two’s said in a statement.

“By providing customised low cost hosting options specifically engineered for cryptocurrency and Bitcoin mining at globally competitive rates, DC Two and subsidiary D Coin have been able to attract the interest of both the local and international crypto mining community.”

The company claims it will be able to offer the lowest cost and highest density compared to other data centres in Australia due to its renewable energy focus.

The first stage power supply will have up to 4 megawatts and will service some 256 IT racks with each rack capable of up to 30kw of IT load.

The company anticipates that the first stages of both the solar farm and data centre will be online next year. Fund and capital raising activities for the project are currently being finalised.

In March, Microsoft bought solar panels from Singapore's Sunseap Group to power its Singapore data operations for 20 years. Sunseap's project consists of an array of solar panels on hundreds of rooftops across Singapore.

Last year, Google purchased all the electricity generated by the largest solar park in the Netherlands over the next 10 years to power its data centre there as part of its plans to switch its data centres and offices entirely to renewable energy in 2017.

Eliminating departmental friction within MSPs
By Nico Arboleda
Aug 9 2018
11:16AM