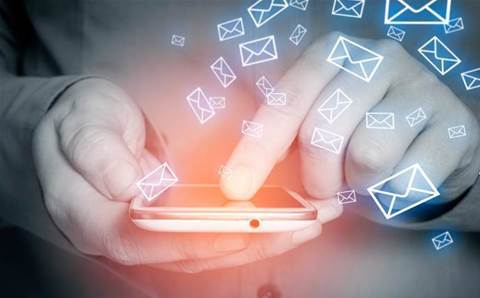 The security and storage vendor said its Total Email Protection bundle will make it easier for partners to sell the full Barracuda email security suite to customers while providing protected margins of between 20 percent and 30 percent, according to vice president of channels Ezra Hookano.

"For this bundle, we protect everything in email security," Hookano told CRN USA exclusively. "We just got overwhelming feedback across the board from our reseller base [advocating for this]."

Hookano expects between 80 percent and 85 percent of existing Barracuda Essentials customers in verticals handling highly sensitive information such as health care and finance to add the spearphishing and testing capabilities within the next year or two.

Total Email Protection will also be very appealing to customers with more than 750 users, who will likely have a short sales cycle since they're typically looking for near-immediate protection against spearphishing, Hookano said. These customers usually realize that any employee can be the impetus for a security issue that's significantly more costly than the price of Total Email Protection, Hookano said.

Conversely, Hookano said smaller customers tend to be more conscious about the email security protections already in place and are typically looking for more information about what specific user interactions would cause problems for them.

Creating a single SKU for the all three products was fairly simple, Hookano said, since it didn't require having engineers consolidate all of the products into a single interface. Essentials and Sentinel tend to run in the background following the initial setup, Hookano said, with only PhishLine requiring employees to be in it regularly to run campaigns or test their user base.

Barracuda declined to disclose the price of Total Email Protection, but Hookano said the company has traditionally offered its products as one-year, three-year or five-year licenses. In addition, Hookano said monthly and daily billing options will be available for MSPs including Total Email Protection as part of a broader managed services or managed security package.

Combining Essentials, Sentinel and PhishLine into a single SKU will make it easier for partners to earn almost their entire protected margin since customers already receive a price break for purchasing the whole bundle and are no longer attempting to negotiate a discount on each separate product, Hookano said.

Existing Barracuda Essentials customers can either migrate to Total Email Protection at the end of their contract or proactively upgrade in the middle of their contract to take advantage of the new features, he said. Essentials, Sentinel and PhishLine will also continue to be offered as separate, stand-alone offerings for customers, although Hookano said discounts will be provided to those buying the whole bundle.

Create your business scorecard
By Michael Novinson
Sep 20 2018
9:19AM