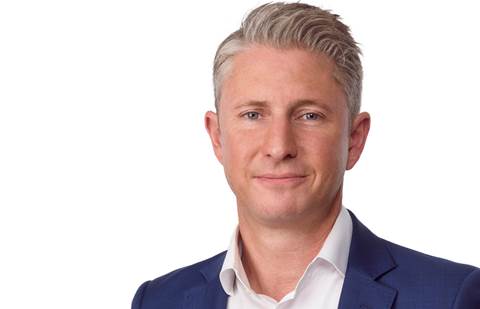 I spent six years at Palo Alto Networks and was one of the first employees there. I grew from regional sales manager to district sales manager. I joined ForeScout because I was looking for the next Palo Alto essentially.

We had amazing growth in my time there and I saw the same sort of growth at ForeScout.

ForeScout is next year an eighteen-year-old company. We’re not a startup, many people think we are, because we’ve only been in Australia for just over three years. We can see the path ahead of us because we see what’s happened in the US and EMEA. We’re now starting to experience the same sort of growth that the rest of the region’s experienced.

The key reason we’re having the most success is because we’re solving the problem that every organisation faces and that is the visibility gap.

We’re able to find every single device that has an IP address on a network. And we typically find 40-to-60 percent more devices than what they initially thought they had.

But the secret sauce that we have is that we do it agentlessly. We can identify every single device on your network. So whether it’s IT, OT, an IoT within the cloud, anything that has an IP address or MAC address, we’ll find it and identify it and then we give you rich contextual information about what actually makes up that device.

Once you’ve identified the devices, you’ve now got visibility, you can make an educated decision on whether that should be on the network. Particularly for IoT, that’s very relevant. There’s security cameras, smart TVs, should that be segmented away from your managed devices?

We’ve had agentless technology for ten-plus years, but why it’s so relevant now is because you can’t put an agent on IoT devices, it’s near impossible, there’s too many different operating systems.

What I saw at Palo Alto in the early days was there were some partners, boutique security partners, channel partners that jumped on board early. What I’m seeing here is exactly the same thing that if you identify an opportunity, doesn’t matter if you’re a platinum partner or it’s the first time working with us, we’ll protect you with a very strong, rock solid deal reg program.

We’ve got a mixture of the big guys and small partners. Cube Networks, Content Security, these are really focused boutique security partners that jumped on board early and invested a lot in us. And when they invest in us, we invest in them with skillsets.

We have the ability to actually give you an additional incentive, if you give us a tech win, if you prove to us you’ve got the technical win, you’re given an extra four points of margin. Partners love that sort of protection and that reward for making the effort.

We do partner with them in the true sense, we do work most opportunities with them because it’s actually a very technical sale. The first step is getting that visibility and then it’s creating policies, what you do with those devices and that takes a bit of work.

We’ve got one of the big four banks, we’ve got one of the largest agencies in federal government, but in terms of type of customers: financial services, government and health care are the three where we see the most traction. It resonates with everyone though, anyone who needs visibility of the network, which is everyone, it does resonate with them.

We believe that there’s no silver bullet that can actually solve your security needs. So we have a strong integration with other security vendors, ServiceNow, CrowdStrike, Palo Alto Networks and, most recently announced, Carbon Black. We have deep, rich integration with them to provide better security.

The main focus we have is on building on the integration and orchestration. Carbon Black is the most recent one. We’ve got many other security vendors that we’re announcing integrations with in the future.

What I’ve observed is that with our partners in particular, that in my last role, we saw a saturation when it came to identifying opportunities with the partners, every partner was there when it came to quoting.

Here, we have the ability to get onboard early, so we’re encouraging those partners to jump onboard early and invest in us skillset wise, because if you invest in us early, you’ll ride a fantastic wave. There’s no saturation right now. We’ve got a lot of customers coming on board and very few partners.

The best thing we do is visibility and there’s not typically a budget for visibility. When you dig deeper and you see that we do asset management, incident response, there’s so many different areas that we can cover, it’s pretty easy then to find a budget once the customer gets to appreciate the true technology we hold, the true value of our technology, it’s pretty easy to find a budget based on that alone.

I think that when you win one of the big four banks, partners start to get visibility of what you can really do. For us it’s now about identifying the partners that really want to invest in us, in a skillset, and then we will return the favour and invest in them.