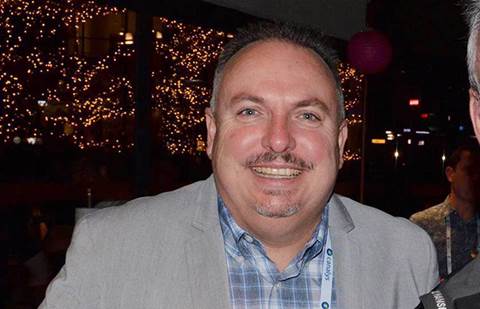 Leading Edge group general manager Lee Scott will leave the company after 14 years this month to take a break and focus on family.

The long-serving executive made the decision to depart the business as it transitions to a new operating model in response to the next phase of market challenges.

The executive has served the buying group across multiple roles during his tenure, but would be best known to the Australian channel for his work as the general manager of Leading Edge Computers, working in a small team and looking after some 135 member businesses.

While traditionally a retail-focused organisation, Leading Edge Computing members have increasingly shifted to incorporate business-facing services in the past decade, with nearly all member businesses now offering some kind of B2B work, be that in managed services, BYOD or other services for regional organisations such as in local government, healthcare, education and other industries.

Leading Edge further supported members wanting to deeply specialise in enterprise services when it launched its Business Solutions Group four years ago. The group had some 11 members as of April 2018.

Such partnerships have given members access to the kind of pricing and support normally out of reach to individual and small businesses.

“Lee has been a steadfast part of Leading Edge for 14 years and his contribution to our success cannot be understated,” Leading Edge Group global chief executive Struan Abernethy said.

“We have seen our members transform and adapt to the changing technology market and they are now stronger, better businesses under Lee’s leadership, guidance and support.

“We wish Lee all the very best in the next stage of his journey.”

Scott leaves Leading Edge as it moves into a new phase of change, having undoubtedly made a major impact in the organisation’s evolution thus far, with several Leading Edge Computers members attesting to his contribution.

Jill Dickeson, managing director of Hamilton, Victoria’s Grangeburn IT, said Scott had been a key contributor to the development and changes that have occurred at Leading Edge.

“He started in the computer group as product manager and used his knowledge to help members expand their business to think broader and expand both the range of products and services.

“His valuable input helped members grow their business. Lee has moved through the chains and roles of Leading Edge to become the group general manager, a role which has required vision and leadership.

“Wishing Lee all the best on his new adventure, and as always in our industry, we know his valuable knowledge won’t be left unutilised for long.

Tegan Le Page, managing director of Leading Edge Computers Griffith in NSW, which was LEC’s store of the year for 2017, said Scott had been a fantastic asset to the group.

“His industry knowledge, contacts and advice have been invaluable to us as members of the Computers group, and have helped us to build a successful business,” she said. “We're grateful for all his support over the years and wish him well for the future.”

"We are very sad to see Lee leave the Leading Edge Computers family but happy that he is taking the time to enjoy his ‘other' family.”

Commenting on his time with the company, Scott said his decision to exit the business was bittersweet.

“I have the opportunity to grow from a merchandise manager to group general manager during my time at Leading Edge, working across multiple verticals and functions within the group,” he said.

“I will look back fondly on my time, in particular, the opportunity to be able to visit our members at all corners of the country and see parts of Australia that are absolutely amazing.

“It’s a bittersweet feeling that I have decided to leave Leading Edge. It’s an exciting time for the business and I truly believe great times ahead for our members, vendor partners and our people.

“I’d like to thank the members, vendor partners and my colleagues that I have worked with over the years. I’ve appreciated your support, guidance and friendship.”

Leading Edge Group has appointed Charlie Davey as head of category, a role that will effectively take up Scott's responsibilities under the new operating model.

Grab the MSP security opportunity
By Michael Jenkin
Dec 12 2018
7:15AM