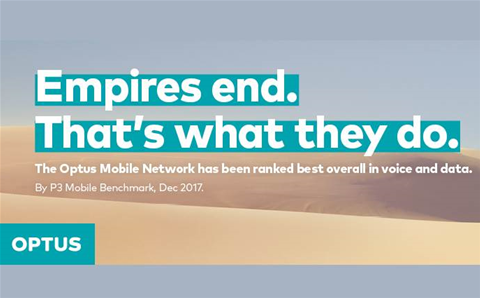 The Supreme Court of Victoria has dismissed Telstra’s appeal against a previous ruling made regarding an Optus ad campaign that ran earlier this year.

Telstra had alleged that Optus’ now shelved “Empires End” advertising campaign was misleading and deceptive, with the court ultimately siding with Optus in May.

Telstra sought to appeal the finding, claiming that the Supreme Court judge erred in their initial ruling and had not fully engaged with what was alleged. The court refused to grant appeal.

“None of the proposed grounds has any real prospect of success. Leave to appeal must be refused,” the ruling read. 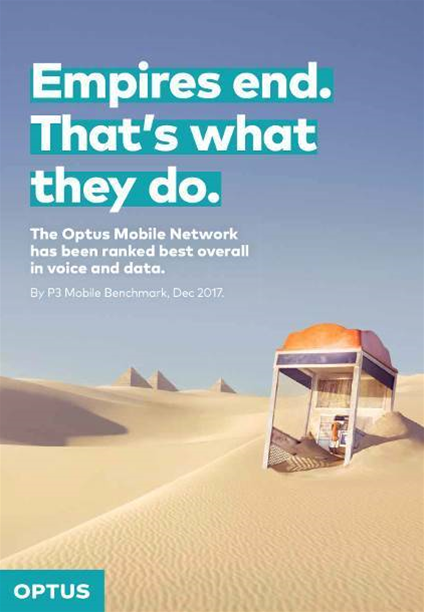 The campaign in question references the results of a 2017 mobile network benchmark commissioned by P3 Connect. The ad spruiked that Optus was the leader in voice and data performance.

The ads appeared online and on large digital banners that read “Empires end. That’s what they do” with an image of a telephone box half-buried in sand in the background.

Following the decision on its appeal, Telstra cited its wins in the recent P3 and Systemics reports on mobile internet speeds, earning “best in test” honours for both.

“We are disappointed with the decision. We have Australia’s best mobile network and we connect millions more Australians than anyone else,” a Telstra spokesperson told CRN.

Grabbing the hybrid cloud opportunity with Lenovo and Azure Services
By Nico Arboleda
Dec 19 2018
10:58AM