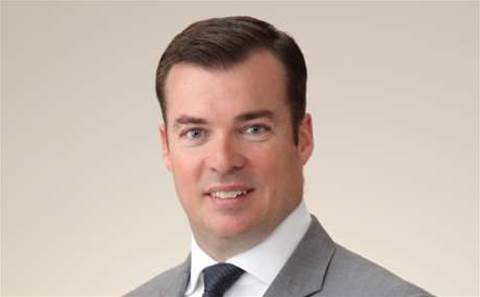 Brave, positive, can-do attitude and a game-changer are just some of the words people are using to describe Lenovo’s fearless leader Roderick Lappin, who passed away suddenly on Thursday.

“Everyone he came in contact with left with a smile on their face,” said Erin Bergamo, executive director of marketing and communications at Lenovo Data Centre Group, who was hired by Lappin two years ago.

“One of the things he always said was ‘keep smiling, keep smiling,’ even when times were tough. He always said in difficult situations, ‘Hate in, love out. Hate in, love out.’ He was my boss but he was my friend, even more than that. He really looked out for all of us – it didn’t matter what level or who you were, he engaged with everybody. It’s a big loss for all of us.”

Lappin, senior vice president and chief customer officer for Lenovo’s Data Centre Group, will be remembered for his world-renowned energy, positive attitude, hard work ethic and the ability to care for people.

“He cared as much about people, his people and his family, as he did about the work,” said Patrick Moorhead, an industry analyst who worked with Lappin while covering Lenovo data centres. “I really want his family to know what a positive impact he had on everyone around him. His vitality, his life and his caring for people.”

The 47-year-old Lappin was a renowned world traveler, risk taker and mentor who could speak multiple languages.

“I love mentoring people,” said Lappin in a blog post he wrote in November titled, ‘You Need To Take Risks To Own Your Destiny’. “When I can help good people get the most out of themselves, the feeling is incomparable.”

Bergamo said partners, customers and executives have been flooding Lenovo with kind thoughts and prayers for Lappin.

“I’m getting emails from the CEO, the board, and employees and customers and partners. Some of the words they used to describe him: brave, smart, positive, can-do attitude, he was a game-changer, one of our executives said he was like a son to him and that he represented the best of Lenovo,” said Bergamo. “People are just clearly heartbroken because he had just a major impact inside and outside the company. He’ll be missed for sure.”

Lappin started at Lenovo in 2007 as a vice president responsible for sales, marketing and customer relationships in Asia Pacific and Japan. He quickly rose through the ranks over the years at Lenovo to become president of Asia-Pacific, responsible for the company’s business in the region.

“He brought this incredible level of energy to Lenovo data centers,” Moorhead said. “He was personable, bright, and knew how to take care of his customers and I know he had a deep affection for the channel as well. I think Rod had a lot to do with Lenovo’s channel first strategy. I think he brought a level of sales and marketing discipline to the data center group as well. Just a bunch of firsts that I could give Rod credit for.”

Lexmark’s Sammy Kinlaw, a former channel chief at Lenovo, said Lappin had “amazing energy” in the years the two worked together.

“I had the pleasure of working with Rod during the last years I was with Lenovo,” Kinlaw said. “His spirit and passion were unprecedented. Like me, he enjoyed talking to the press. He was kind and thoughtful and always greeted you with a smile. His departure is a major loss for all.”

In a statement to CRN USA, Lenovo said Lappin was an “outstanding leader, instrumental in so much of Lenovo’s success over the past years and a friend to us all. He will be dearly missed.”