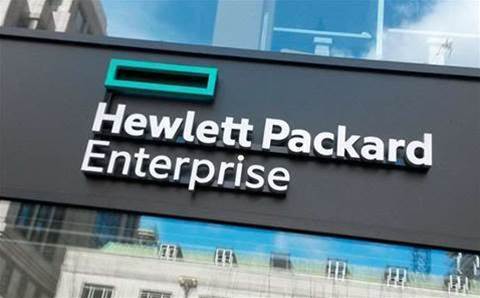 Hewlett Packard Enterprise (HPE) CEO Antonio Neri has  predicted accelerating sales growth for the remainder of the company's fiscal year, in part because its channel is going so well.

"We are actually very, very confident that in Q2 and beyond our revenue will accelerate from the current levels," said Neri in a conference call with security analysts after HPE revealed Q1 sales of US$7.6 billion, which was down two percent from the year ago period of $7.67 billion, but up one percent excluding the commodity Tier 1 hyperscale server business which HPE exited at the end of 2017.

Neri also said that some of the growth will come from channel.

He told financial analysts "if the channel doesn't grow we can't grow. So 70% of our business in the core Hybrid IT and up to 90% in Aruba are all driven by the channel."

"But ultimately they like our portfolio to serve our customers better. So our sellout in the channel has grown double digits and that's why we are confident."

Neri also spoke to 40 of the HPE's top partners in a conference call on Saturday, Australian time, and  told CRN USA that conversation aimed to "... give a little more insight about our execution and our portfolio," adding "I am super pleased with our software defined infrastructure, Aruba, hyper-converged, and Synergy which is now a $1 billion run rate business for us."

"Things are going really, really well and I am confident based on the line of sight that I have that this is a portfolio that customers and our partners can leverage going forward," he said.

"Our strategy is on point,"  Neri added on HPE's earnings call. "The enterprise of the future will be edge centric, cloud enabled and data driven. We are proud to be the company who can best help our customers connect all their data where ever it lives. Near term we expect the demand environment to remain healthy and our differentiated software defined solutions to continue to gain traction with customers driving accelerated revenue growth starting in Q2."

Neri said he is very encouraged by edge compute growth which is being driven by customers demanding solutions closer to where data is being created. "We see new use cases in manufacturing, transportation and healthcare," he said. "The embedded compute in those platforms plus the cloud closer to where the data is better economics for customers in many of the use cases."

What's more, Neri said, average unit prices (AUP) in the hybrid IT business are up 20 percent which is being driven by artificial intelligence, big data analytics and next generation software defined infrastructure solutions.

This article originally appeared at crn.com and includes contributions from crn.com.au's Simon Sharwood.