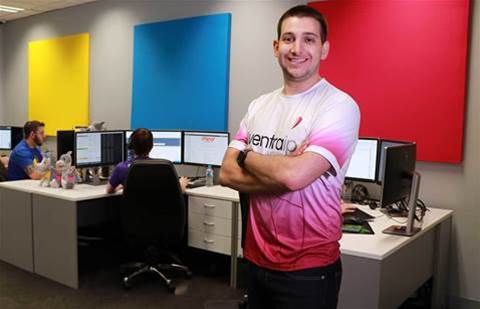 Following a streak of acquisitions, web hosting and domain name registrar VentraIP needed to bring its core network up to snuff.

The company acquired two other hosting companies in 2017 and another four in 2018, bringing its customer base to 200,000. To cater to all those new customers and improve its services even further, VentraIP decided to rebuild its core network based on fibre, as well as upgrade its switching environment.

“After four years in operation, we had a ‘mid-life’ crisis and realised that we needed to step up our products and services if we wanted to continue to deliver value to our customers and sustain our growth,” chief executive Angelo Giuffrida said.

Extreme rolled out the hardware for VentraIP’s data infrastructure along with orchestration services, security and identification control, wireless products, analytics and performance management.

“We had great implementation help from Extreme Premier Services, setting up with full redundancy and with throughput and performance meeting our technical specifications standards,” Giuffrida said.

“Extreme Networks has enabled us to deliver continuous uptime, operational efficiencies and manageability across our hardware stack. It changed our mentality and level of certainty around our switching infrastructure.”

Extreme was put to the test in 2017 after VentraIP acquired Queensland’s Web Access, which had 3000 customers and 8000 services at the time.

VentraIP had a hard deadline to migrate its 500 servers as the data centre that housed them was soon being demolished.

“Our Extreme hardware orders arrived on time and implementation was on budget. We had all the capacity we required and we were in production ahead of schedule”

Extreme’s software-defined networking enabled Ventra to introduce greater levels of automation in provisioning services, including the creation of VLANs, the segregation of networks and implementation of security features,” Giuffrida said.

“Also improved visibility and management across the environment, allowing support team to be more proactive in dealing with potential outages, reducing the time to identify and resolve performance issues.”

With its new Extreme infrastructure in place, VentraIP plans to expand its services even further with more managed service offerings and utilisation of public cloud services that complement its hosting capabilities.