Apple doubles down on services as iPhone stalls 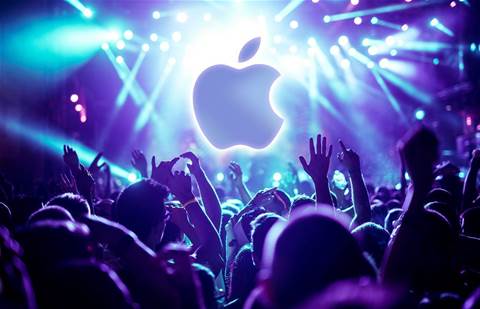 Apple's emphasis on services is kicking into a higher gear as its largest business, the iPhone, suffers a major decline in revenue.

On Monday, Apple held an event entirely devoted to its services business, which included the announcement of several brand-new services.

Those include a service for original video content (Apple TV+), a paid news subscription service (Apple News+) and the Apple Card, a credit card that is primarily meant for use with Apple Pay (though a physical card will be provided to users, too).

The launch of the new services comes after Apple reported that iPhone revenue for its first fiscal quarter, ended 29 December, plummeted 14.9 percent to US$51.98 billion, year over year.

Apple's services business—led by the App Store and Apple Music—climbed 19.1 percent to a record US$10.88 billion in revenue during the company’s fiscal Q1.

For Apple News+, a $9.99-per-month subscription will provide users with access to more than 300 magazines—including the New Yorker, Rolling Stone and National Geographic—along with at least two newspapers, the Wall Street Journal and Los Angeles Times. Apple News+ is available today.

Benefits of the Apple Card will include no late fees and 2-percent cash back on purchases made using Apple Pay. The cash back will be returned to users on a daily basis through a feature Apple is calling "Daily Cash." Apple Card, which is a collaboration with Goldman Sachs and Mastercard, is targeted for launch this fall.

Apple TV+ is also aimed at a fall launch, and Apple did not disclose pricing.

Grabbing the hybrid cloud opportunity with Lenovo and Azure Services
By Kyle Alspach
Mar 26 2019
10:57AM