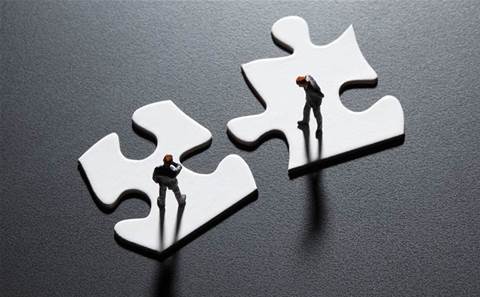 Unified-Communications-as-a-Service leader Mitel reportedly is looking to court Avaya in an all-stock merger valued at between US$2.2 billion and US$2.4 billion, according to The Wall Street Journal.

The reported deal would value communications equipment and UC software provider Avaya at US$20 to US$22 per share, a premium based on its current stock price of about US$18 per share. If Avaya and Mitel are able to strike a deal, the merger could happen as soon as next month, the report said, citing people familiar with the matter.

Canada-based Mitel could face some stiff competition. Reports surfaced last month that Avaya was mulling a leveraged buyout offer from a private equity firm that valued the company at more than US$5 billion, including debt.

Neither Mitel or Avaya responded to CRN USA's request for comment before publication.

An Avaya-Mitel tie-up could help the two companies compete against their larger UC competitors, including Cisco Systems and Microsoft. Mitel typically plays well in the small to midsize customer base, while Avaya has a large install base of enterprise customers because of its legacy in the UC hardware arena.

Avaya completed its debt restructuring and emerged from Chapter 11 bankruptcy in December 2017. Since then, the company has been focused on shifting to a cloud-based business model and bringing on more cloud solution provider partners. Avaya does upward of 80 percent of its sales through the channel.

Last April, Mitel agreed to be acquired by an investment group led by private equity firm Searchlight Capital Partners in a US$2 billion deal that took the company private as it furthered its transition to cloud-based communication and collaboration tools.

Mitel itself has been growing via acquisitions. The company in 2017 completed its acquisition of fellow UC provider ShoreTel for US$530 million in a move that helped Mitel become one of the largest UCaaS providers in the world.

The company lost out on its deal to acquire videoconferencing provider Polycom in 2016 to Siris Capital Group. Polycom later was scooped up by Plantronics.