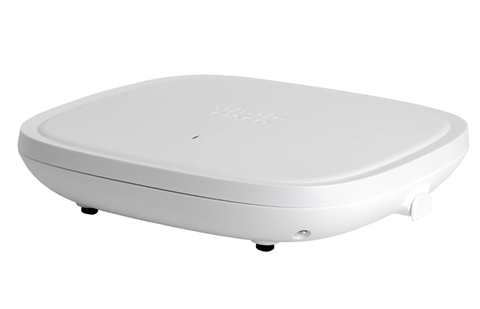 "Every leap in connectivity enables the next wave of profound innovation. 5G and Wi-Fi 6 represent a new era of connectivity," David Goeckeler, Cisco EVP and general manager for networking and security business, said.

"Developers are already creating the next generation of wireless-first, immersive experiences. With billions of things connecting to the network, this growth will create unprecedented complexity for IT.

“Cisco is building a multi-domain network architecture to simplify complexity for IT, allowing CIOs to deliver against their innovation agenda."

The access points have programmable chipsets, access to analytics capabilities and multilingual support. It is also able to communicate with multiple IoT protocols like BLE, Zigbee, and Thread.

The Catalyst 9600 meanwhile is a campus core switch purpose-built for cloud-scale networking, with automation and analytics software built-in.

The new access points and core switches are available to order today.