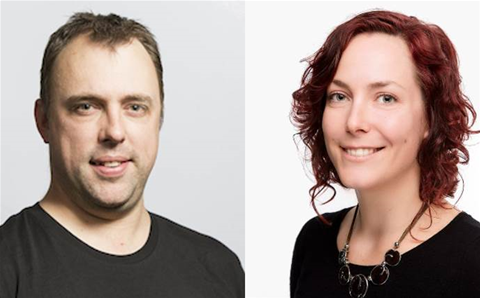 Mactaggart has been a long-standing member of Cevo's leadership team since joining in 2016 and is currently an application delivery 'evangineer'.

He was suitably chuffed with his new role, saying he's excited to build upon Cevo's track record of customer outcomes.

"Cevo’s strength has always been aligned to technical delivery, focused on driving DevOps cultural change through automation and delivery optimisations," he said.

"We see a direction that looks across the broader landscape of cloud adoption, not only assisting customers to use the cloud better, but also helping them get into the cloud in the best way to meet their organisation’s needs. This will continue to be our focus as we double down on building a team that is aligned to helping our customers exploit the benefits of cloud computing.”

Browne has been a part of Cevo since its inception in 2015 when former parent company Kloud bought and rebranded the company formerly known as Ice Systems. Kloud was snapped up by Telstra six months later, spinning out Cevo as its own company. Since then, Cevo has gone from strength-to-strength, landing second place in the 2017 CRN Fast50.

“Hannah has gone off to pursue several other exciting opportunities and we certainly wish her well. She helped set up the business with the rest of the leadership team," said Cevo director Jamie Potter.

Cevo marked its entry into NSW by hiring former Kloud boss James Lewis to lead the business in Sydney. The company said it's since made a number of key hires in the state and engaged with a handful of government clients.

"Combined with the expansion of the team in NSW, the headcount growth over the next period is accelerating faster than ever," Potter added. "It’s looking like we’ll have our largest revenue ever in May so we’re excited about the road ahead.”

Grabbing the hybrid cloud opportunity with Lenovo and Azure Services
By Brendon Foye
May 23 2019
6:29AM