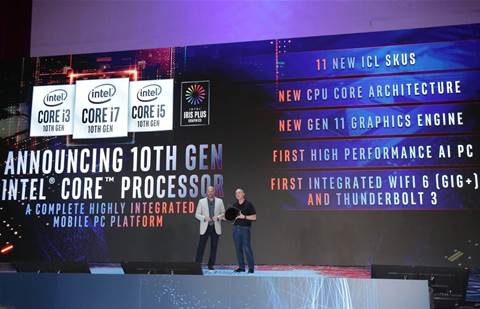 Processors that push the envelope in high performance, battery life, gaming and artificial intelligence have dominated the conversation at this year's Computex in Taiwan — at least on the chipmaker side.

Intel, AMD and Nvidia all came to the world's largest computer industry trade show this week with focuses that both diverged and overlapped.

For Intel, the biggest talking points have been its 10th-generation Core mobile processors and its Project Athena program that aim to set a new standard for ultra-thin laptops. AMD, in the meantime, announced that its third-generation Ryzen processors and Radeon RX 5700 graphics cards for the gaming desktop market are launching soon.

Nvidia, on the other hand, put a spotlight on its new Quadro RTX graphic cards for mobile workstations, as well as its new Studio Stack and EGX platforms for creative workflows and edge AI, respectively.

What follows is an overview of the most important details from the biggest news Intel, AMD and Nvidia dropped at Computex 2019. 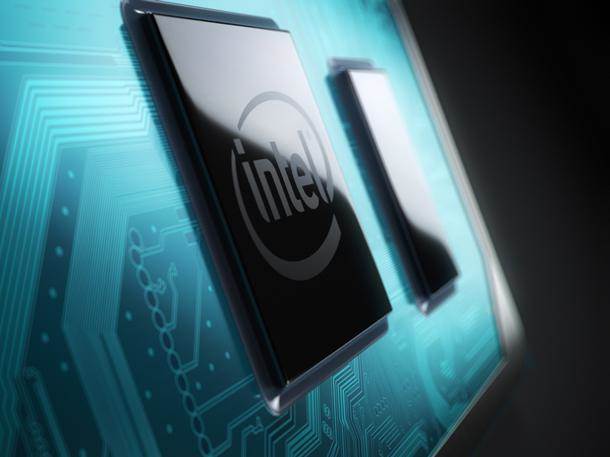 Among the processor family's top features is Intel Iris Plus integrated graphics, which features up to 64 execution units, and integrations for Thunderbolt 3 and Intel Wi-Fi 6. Other features include Deep Learning Boost, a new set of processor instructions for accelerating inference-based workloads.

The new processors coincide with new disclosures around the chipmaker's Project Athena innovation program, which is aiming to set a new standard for ultra-thin laptops. The company is working with OEMs, including Dell, HP and Lenovo, on new laptops that meet a certain set of specifications determined by Intel, including consistent responsiveness on battery, 9 or more hours of battery life under real-world conditions, and system wake from sleep in less than a second. AMD announced that its 7-nanometre Ryzen 3000 processors and Radeon RX 5700 graphics cards are launching in July for the consumer desktop market.

The company was lighter on details for its forthcoming Radeon RX 5700 lineup of GPUs, saying that it would share more details at a 10 June event during the E3 video game convention. What the chipmaker did say was that the new graphics cards would feature GDDR6 memory and PCIe 4.0 support and that the top SKU can outperform Nvidia's GeForce RTX 2070.

AMD also shared new disclosures regarding its 7nm, second-generation EPYC "Rome' server processors that are hitting the market in the third-quarter and the Zen 2 architecture that underlies the new EPYC and Ryzen processors. The new graphics card lineup is headlined by the Quadro RTX 5000, which brings 16 GB in GPU memory, 3072 CUDA cores, 384 tensor cores and 48 RT cores to laptops. The GPUs are based on Nvidia's Turing architecture that was revealed last fall and comes with built-in support for ray tracing, a next-generation rendering technique for realistic lighting and reflections, and AI inferencing.

The new Quadro RTX graphics cards are shipping in new laptops from Dell, HP, MSI, Asus, Acer and Razer, contributing to the 125 laptops with Nvidia GPUs that are on the market now.

The chipmaker also announced Nvidia Studio, a new platform that combines hardware and software to improve performance and reliability for creative workflows. The platform includes a stack of specialised SDKs and dedicated drivers that, when combined with Nvidia's RTX GPUs, can accelerate rendering, video editing and processing, among other things, and automate repetitive tasks. Beyond Intel's big 10th-generation Core processor news, the company revealed several other processors, including an updated version of its flagship gaming CPU, the Core i9-9900K.

Dubbed a special edition of the processor, the ninth-generation Intel Core i9-9900KS has the ability to run at a turbo clock frequency of 5 GHz on all eight of the processor's cores, unlike the normal 9900K, which can only run at a maximum of 4.7 GHz on all cores. The new processor is set to launch sometime in the fourth quarter, and no pricing information is available at this time. Together, the combination of hardware and software provides high-throughput AI computing performance for edge workloads for a wide range of applications, from 5G base stations and warehouses to retail stores and factories, across several verticals.