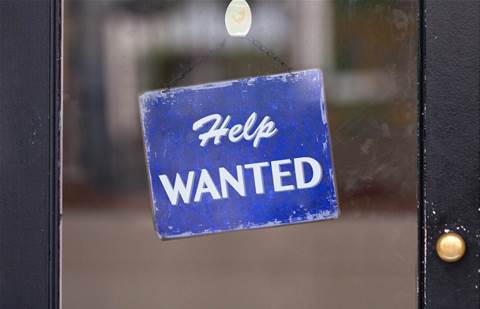 The technology sector appears to be outperforming the economy, at least when measured by job vacancies reported in the quarter to May 2019.

The Australian Bureau of Statistics (ABS) yesterday released its latest job vacancies data, complete with news that the number of job vacancies rose by 0.3 percent over the May 2019 quarter.

Which is nice. But nowhere near as nice as the 4.1 percent for the same period in 2018.

Once the Bureau applied its seasonal adjustments to the data, the picture is even gloomier as it produces a decrease of 1.1 per cent for the May 2019 quarter.

The good news is that some parts of the economy covering tech workers did better than the trend.

The ABS category covering jobs in “Professional, Scientific and Technical Services”, which covers most IT occupations, found 2300 more vacancies in the May quarter. That’s an almost-one-percent rise, well above the trend of 0.3 percent.

But jobs in the Bureau’s “Information Media and Telecommunications” category, another source of tech jobs, went backwards with 2000 fewer vacancies over the quarter.

Which may not be a lot to worry about, given the breadth of the sector and known factors like big rounds of redundancies at Telstra.

ABS chief economist Bruce Hockman said the numbers are “This was consistent with the recent slowing in other economic indicators.”

And that is something to worry about for channel businesses.