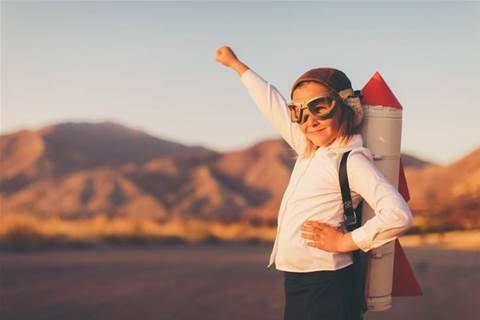 If you haven’t asked your boss for a pay rise in a while, now might be the time.

Australia’s average tech sector salary managed to outpace both inflation and wage growth indexes according to recruitment platform Seek with overall salary growth coming in at a buoyant 4 percent year-on-year to land at an average of $108,212, according to new data provided to CRN sibling publication iTnews.

If that figure looks understated, chances are you’re in Sydney.

Seek’s figures are by no means definitive; if anything they’re a bit understated. Because as averages they rope in lower paying and often redesignated roles, our favourite of which is the very bouncy term of ‘computer operators’.

Yet they do provide a relatively consistent mass market sweep of the local ICT sector. That’s because Seek captures a broader sweep of salaries, on a national basis, than those of say specialist tech recruitment firms that deal in sectoral segments or upper-level positions.

Perfect, by no means, but they are current and accessible, and that counts.

As the figures are averages, you have to be a little bit cautious in terms of small sample skews and lumpy classifications (eg computer operators); but for hirers that know their ground, there are some decent trendlines… if you squint a bit.

Canberra, the hub of federal development but a city of less than 400,000 people, also chalked up a rise of 13 percent for testers to 104,626, a figure that likely reflects a more smaller, more concentrated market.

There was a discernible uplift in Queensland which has been shaping-up as a less feral or up-itself IT employment location than Sydney, even if the so-called ‘Valley Factor’ is giving coffee and sandwich prices a hipster nudge.

Hardware and engineering folks, or what’s left of them, jumped 9 percent to $86, 510, which suggests rapid regrowth after over-pruning. Hot weather does that.

Turning to the microcosm of Canberra, renowned for its hapless IT labour supply distortions that have sustained a contracting ‘coalition of the billing’ for two decades, salary snakes and ladders reflected the small and FIFO-influenced nature of the town.

Before we turn to the numbers, an observation worth making is that Canberra is in the middle of a strata building boom courtesy of local developer Geocon.

The reason it’s important is that short-to-medium term lettings favoured by contractors (especially if sub-let or subsidised) have been, well, a bit lumpy.

Accommodation availability (as in not wearing a balaclava to collect) has been rather an issue for some hirers. As a certain lobbyist conceded over lunch at the National Press Club, it boils down to the difference between airfare and an overnight.

At +$400 per basic room for Budget night or other major sittings at local hotels, an alternative to fixtural gouging is a red-hot product.

Local capacity to absorb IT project related property demand surges – and most government projects can’t live without IT – have also been steadily bolstered by Geocon.