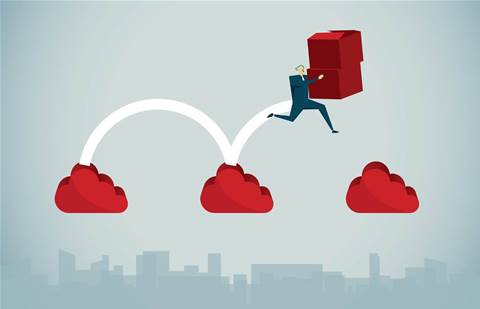 In its FY19 results (pdf), the company revealed that non-core, non-broadband services had been retired and that customers were migrated to partner providers. Other services like cybersecurity were excluded.

Superloop’s cloud managed services unit was established with its 2016 acquisition of wireless and IT services provider BigAir, with chief executive Jason Ashton running the segment before his departure in July 2018.

The exit resulted in a $50.7 million impairment charge, which contributed to a $72 million net loss after tax for the year ended 30 July 2019.

Superloop also revealed that its core Asia Pacific loop is now live and connected to the INDIGO subsea cable, with just under 400 buildings across Singapore, Hong Kong and Australia connected through the cable.

The company said it is nearing the end of its capital investment program, and anticipates to bring in more sales to its fibre business.

“Over the next two years I believe the ‘clouds’ will be coming out of the data centre and directly to where we live, work and play. In a cloud world, the ‘last mile’ is now becoming the ‘first mile of connection,” Superloop founder Bevan Slattery was quoted in the presentation.

“At Superloop, we believe we have built the only network that can deliver a seamless cloud-first experience to the major traffic hubs and enterprise buildings in Asia Pacific.”