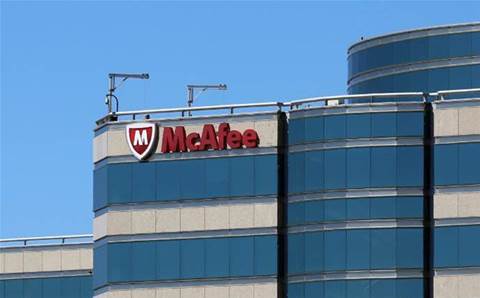 McAfee has hired underwriters to prepare an IPO that could happen this fall and value the company at more than $8 billion, according to a Bloomberg report.

The platform security vendor is working with Morgan Stanley, Bank of America and a full banking syndicate in pursuit of an initial public offering, people familiar with the matter told Bloomberg. A final decision on a listing hasn't been made and the company's plans could change, Bloomberg reported.

Thoma Bravo, TPG and Intel declined to comment for this story. McAfee didn't immediately respond to requests for comment from CRN USA.

An IPO raising at least US$1 billion for McAfee would be the largest in the cybersecurity space since at least 2018, with only next-generation endpoint security vendor CrowdStrike's US$612 million IPO in June 2019 coming even close.

And if McAfee achieves the US$8 billion valuation Bloomberg indicated its owners are hoping for, that would also be the highest pre-IPO valuation for any cybersecurity company since at least 2018. CrowdStrike had a US$6.6 billion valuation at the time of its public offering.

McAfee and top endpoint security rival Symantec could be heading in opposite directions as far as ownership is concerned, with Broadcom agreeing earlier this month to acquire Symantec's enterprise security business for US$10.7 billion.

The Broadcom-Symantec enterprise security deal in many ways mirrors the Intel-McAfee combination that lasted from 2010 to 2017, with a chipmaker and security vendor joining forces in pursuit of synergies. Symantec has been publicly traded since 1989, including during the time McAfee was owned by Intel.

In addition to Symantec enterprise security's planned sale to Broadcom, several other legacy and emerging endpoint security vendors have been bought in recent years. BlackBerry purchased next-generation endpoint security vendor Cylance in February for US$1.4 billion, Elastic agreed to acquire Endgame in June for US$234 million. and VMware agreed last week to buy Carbon Black for US$2.1 billion.