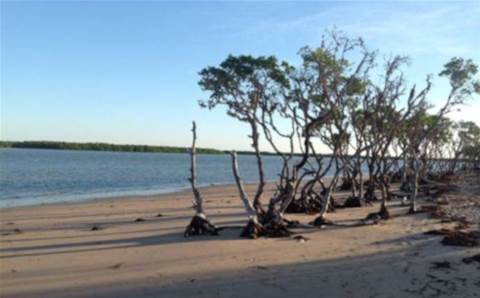 Calibre One has commenced work on a total network overhaul for the Roper Gulf Regional Council in the Northern Territory in partnership with Telstra.

Based in Katherine in the Territory’s north, the council's 343 staff work in 50 locations across 186,000 square kilometres.

Just two of the council’s offices are connected by optic fibre services, while the rest are connected via a mix of satellite, mobile broadband, ADSL and Ethernet copper, with average download speeds of around 2Mbps.

Over the next three years, the council will spend $2.7 million connecting its sites with Calibre One and Telstra developing a solution to extend the network to nine regional council offices.

The council will also build a gigabit wireless network in each community location that can be accessed across a 10km radius that connects other community services like libraries and public pools.

“Connectivity across our locations is key, with such a dispersed workforce and constituent base, communication using video, audio and data is becoming more critical than ever,” said Roper Gulf mayor Judy McFarlane. “Our current connectivity has been the showstopper for the council for some time.”

Once the network is complete, the council will continue working with Calibre One and Telstra to harness its new network for a full digital transformation.

The council will look to transition from its old data storage, device management and security solutions, along with adopting video conferencing. Calibre One plans to deploy Microsoft Teams to facilitate communications using Telstra Calling for 365.

Calibre One chief executive Steve Wemyss said his company was one of 27 partners in the country working with both Microsoft and Telstra to deliver unified communication solutions via Teams.

“The Teams platform is Microsoft’s fastest growing application in its history, and for good reason. Roper Gulf not only needed a network that could handle this type of traffic, but also a platform that extended across desktop, boardroom and mobile, it needed to be one click simple and provided a great experience for users,” said Wemyss.

The council also wants to migrate its other services like files and map network drives, intranet and policy management to SharePoint and OneDrive, and has a long-term strategy to migrate its on-prem Exchange environment to the cloud.

The project began in July 2019, and is expected to complete services migrations and network deployments by the end of the year.