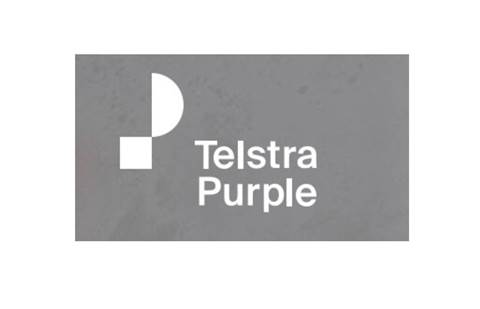 When Telstra re-launched its services operation under the name “Purple” three weeks ago it looked as if this could finally be the moment at which the company used all its might and influence to have a serious tilt at the services market.

CRN later discovered that Purple is a work in progress. The brand is in place, but integration between Telstra’s home-grown services capabilities and acquired companies is still being refined.

Even at that stage, Purple’s arrival is a big change. So CRN made its last fortnightly poll all about your response to Purple’s debut.

Your response? About 30 percent of you are rattled.

We offered four responses to our poll:

And here’s how you responded, across 109 votes. 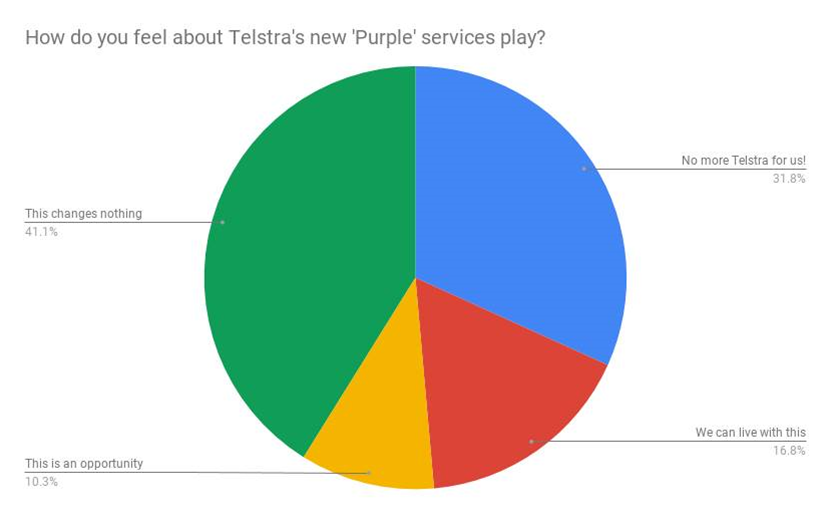 If our poll holds true and 30 percent of the channel decides they’ll never do business with Telstra for carriage again, that will be quite a dent to the ranks of the carrier’s partners.

Telstra may also need to move into defensive mode if, as our poll suggests, one in ten partners see the arrival of Purple as an opportunity to win away clients from Telstra sub-brands.

But the fact that over 40 percent of responses feel Purple changes nothing suggests plenty of channel players have long-since figured out how to compete with larger rivals.

Our new poll asks who you’re borrowing money from these days.

We’re asking because the Banking Royal Commission gave us all plenty of reasons to look elsewhere for financial services. So did distributors and vendors came to the party with offers tailored to the as-a-service procurement.

If you’re sticking with your bank, spreading risk by doing business with diverse lenders, or finding other sources of finance, our next poll is for you!

Eliminating departmental friction within MSPs
By Simon Sharwood
Sep 23 2019
5:40AM 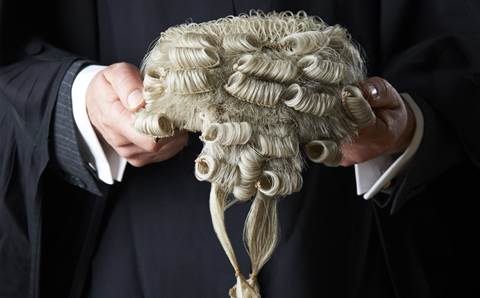