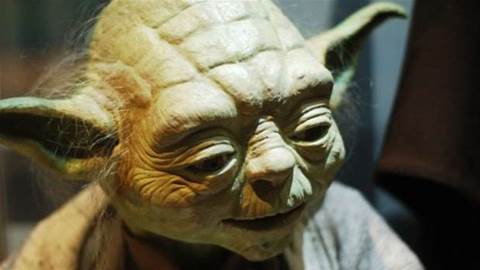 The U.S. Department of Defense on Friday said it chose Microsoft over Amazon for a giant cloud computing contract worth up to US$10 billion.

The contract, known as JEDI and worth up to $10 billion, was the subject of much controversy and a major lawsuit by Oracle, which accused the Pentagon of favoring Amazon Web Services in the procurement process.

CRN has reached out to Microsoft and Amazon for comment.

The Pentagon heralded the contract award as a “step forward” in its cloud strategy.

“Today the Department of Defense has taken another step forward in the implementation of our Cloud Strategy with the award of an enterprise general-purpose cloud contract to Microsoft,” the Pentagon said in a statement. “This continues our strategy of a multi-vendor, multi-cloud environment as the department’s needs are diverse and cannot be met by any single supplier.”

"The National Defense Strategy dictates that we must improve the speed and effectiveness with which we develop and deploy modernized technical capabilities to our women and men in uniform," DOD Chief Information Officer Dana Deasy said in a statement. "The DOD Digital Modernization Strategy was created to support this imperative. This award is an important step in execution of the Digital Modernization Strategy."

The Defense Department said the base contract period is two years with a $1 million guarantee. The department also said it “projects that user adoption will drive an estimated $210 million of spending during the two-year base period. The DOD will rigorously review contract performance prior to the exercise of any options.”

A vendor selection had been anticipated for August, but political machinations stalled the award, despite eagerness of military officials to begin their digital transformation.

As the decision approachUS , President Donald Trump waded into the controversy, telling reporters at the White House that complaints from companies with unsuccessful bids had convinced him to intervene in the process.

Two weeks later, a final decision had been put on hold by then-recently confirmed defense secretary Mark Esper, who instead implemented a review of the military's process for procuring the project.

Just days ago, Esper stepped aside from the contracting process, citing a conflict as his son worked as a consultant for IBM—a company that had originally bid for the contract, but had not made the shortlist.

The politically motivated delays rankled Pentagon CIO Dana Deasy, who has since left that position.

Microsoft competed for the lucrative award over the protest of some of its own employees.

An open letter published last October by "employees of Microsoft" asked the cloud giant to abstain from bidding for ethical reasons involving the application of artificial intelligence.

Because the contract was massive in scope and shrouded in secrecy, they said, it was nearly impossible to know "what we as workers would be building."