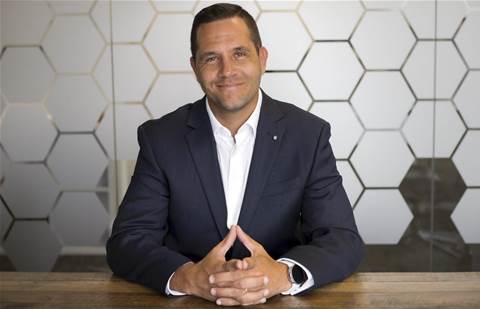 Leith was hired out of AWS, where he last worked as an enterprise sales manager before joining TechConnect earlier this month. He has been tasked with growing the business nationally, particularly in larger enterprise and government markets.

Cunningham meanwhile will assume the role of general manager, after being at the helm for nine years.

“Jason will help us to reach the next stage of maturity at TechConnect. We have seen an intense bout of market consolidation in the data services and digital marketplace with several recent mergers and acquisitions,” Cunningham said.

“We know we have a great offering at TechConnect and we’re backing ourselves for significant growth.

“The change to our management structure, and the appointment of Jason Leith as our new CEO is the key first step in preparing us for the exponential growth we’re anticipating.”

Prior to his most recent stint at AWS, Leith also worked as Google’s Queensland manager for more than a year after his first stint at AWS from 2012 to 2017. He also held other leadership and sales roles at VMware and Data#3.

“I am incredibly excited and honoured to be joining TechConnect. I have had a long association with the team at TechConnect and have charted their growth in Australia over recent years. The company has a strong culture and some of the finest technical minds in the industry,” Leith said.

“I’m looking forward to leading the next stage of growth for TechConnect.”

TechConnect specialises in data services, with clients in mining, healthcare, retail,
transport, online gaming, among others. It also started to expand into machine learning and artificial intelligence, and plans to launch a Data Strategy Sprint capability.

The company is also looking to add more staff to reach more than 100 over the next few years, with roles ranging from chief technology officer to graduate roles.