Nvidia says Mellanox deal may not close until 2020 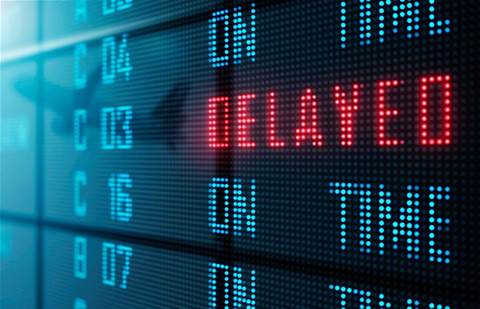 Nvidia said its US$6.9 billion acquisition of high-speed interconnect vendor Mellanox Technologies may not close until early 2020, signalling that the blockbuster deal could take longer than expected to finish.

Since the deal was announced in March, the chipmaker had been saying the deal would close by the end of the calendar year. In August, the company said that the acquisition of the publicly traded Israeli company was "progressing as expected." But those expectations changed on Thursday when the company released its third-quarter earnings for its 2020 fiscal year.

"Although discussions with the European Union and China regulatory bodies are progressing and closing the acquisition is possible by the end of this calendar year, the company believes the closing will likely occur in the early part of calendar 2020," Nvidia said in the third-quarter earnings release.

The company said it is not including any contributions from Mellanox for its fourth-quarter 2020 fiscal year outlook, which is expected to be around $2.95 billion.

Nvidia's stock price was up as much as 1.5 percent in after-hours trading after beating Wall Street's expectations for revenue by $90 million and net earnings by 20 cents for the third quarter.

The chipmaker views Mellanox as a critical component provider for future data centers, which Nvidia has previously said "will be architected as giant compute engines with tens of thousands of compute nodes, designed holistically with [Mellanox's] interconnects for optimal performance."