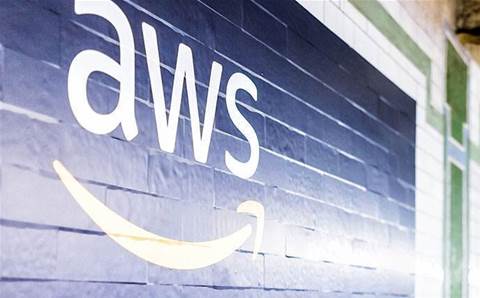 The cloud computing giant also is establishing the AWS Center for Quantum Computing to accelerate the development of quantum computing technologies and applications, along with a new AWS Quantum Solutions Lab.

The announcements came on the first day of the AWS re:Invent 2019 conference for partners and customers in Las Vegas.

“With quantum engineering starting to make more meaningful progress, customers are asking for ways to experiment with quantum computers and explore the technology’s potential,” Charlie Bell, AWS’ senior vice president of utility computing services, said in a statement. “We believe that quantum computing will be a cloud-first technology, and that the cloud will be the main way customers access the hardware.”

Amazon Braket, which is in preview, is a fully managed AWS service that provides a single development environment to explore and design quantum algorithms, test them on simulated quantum computers and run them on different quantum hardware technologies. They can use tools familiar tools such as the Jupyter Notebooks open-source web application and assess quantum technologies that initially include quantum annealing from D-Wave, ion trap devices from IonQ and Rigetti’s latest quantum processors based on 32-qubit superconducting chip technology.

"By collaborating with AWS, we will be able to deliver access to our systems to a much broader market and help accelerate the growth of this emerging industry," said Chad Rigetti, founder and CEO of Berkeley, Calif.-based Rigetti, which recently joined the AWS Partner Network (APN).

Braket is designed to give hands-on experience with qubits and quantum circuits, AWS “chief evangelist” Jeff Barr said in a blog post today. It takes its name from Bra-ket notation, which is commonly used to denote quantum mechanical states.

“Quantum computing is definitely not mainstream today, but that time is coming,” Barr said. “It is a very powerful tool that can solve certain types of problems that are difficult or impossible to solve classically. I suspect that within 40 or 50 years, many applications will be powered in part using services that run on quantum computers. As such, it is best to think of them like a GPU (graphics processing unit) or a math co-processor. They will not be used in isolation, but will be an important part of a hybrid classical/quantum solution.”

The AWS Center for Quantum Computing will be a research center adjacent to the California Institute of Technology that will connect quantum computing researchers and engineers to accelerate the development of quantum computing hardware and software.

The AWS Quantum Solutions Lab program will help connect customers with quantum computing experts from Amazon, its technology and consulting partners and academia to “to develop internal expertise aimed at identifying practical uses of quantum computing and accelerating the development of quantum applications with meaningful impact.”

“As the technology eventually reaches the point of commercial viability, AWS and its partners will collaborate on experiments with customers and guide them to incorporate quantum solutions into their business,” AWS said today. “Lab programs will combine hands-on educational workshops with brainstorming sessions to help customers 'work backwards' from business challenges and then go step-by-step through the process of using quantum computers effectively.”

Eliminating departmental friction within MSPs
By Donna Goodison
Dec 3 2019
11:56AM