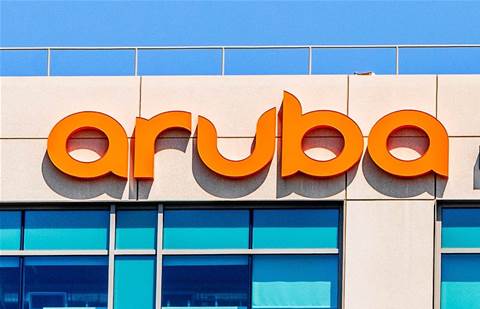 "Everything we're trying to do, whether its wired, wireless or SD-WAN, we want to make it seamless, secure, and easy to do at the branch," said Patrick LaPorte, senior director of cloud and software marketing for Aruba.

Aruba's security updates target distributed enterprises, especially those in the retail sector grappling with mobility and IoT devices that are making the threat surface much larger, according to the provider. The new update turns unified threat management into a Zero Trust Security framework that includes a policy engine or trust broker, which lets businesses dynamically segment traffic based on its identity and role, while monitoring for changes in security status and adjusting security policies as needed. This approach combines network security functions with WAN capabilities and helps protect businesses against phishing, denial of service (DoS) and ransomware attacks, Aruba said.

"It's end-to-end security in a single box at a branch," LaPorte said. The security update will be available in April.

Aruba is also embedding cellular functionality into its Aruba 9004 Series Gateways via a SIM card. The added capability means reliable, high-performance connectivity and failover that can be centrally managed. Businesses will be able to use cellular technology, like LTE, as a secondary uplink or in a load shared active-active mode with other broadband links, Aruba said. Customers can rely on cellular for remote locations as a primary connection, for new locations until dedicated MPLS or Internet links can be installed, or as a backup in case their primary connection fails, LaPorte said.

Cisco in November unveiled the Meraki Gateway MG21 which filled a gap in its Meraki portfolio that partners and customers had been plugging with Cradlepoint cellular gateways. The Meraki wireless WAN cellular gateway connects cellular and wireless technology, including LTE and Wi-Fi 6, for businesses.

Aruba's offering competes with Cisco's recently-announced Meraki cellular gateway, LaPorte said. "The difference here is we are putting everything into a single box with a centralised management console," he said.

LTE technology is now capable of carrying larger amounts of data, so having cellular connectivity as a WAN option for branch offices is beneficial for customers, Sayers' Grace said. The reliance on cellular technology will "only grow" as 5G enters the market, he added.

Aruba's cellular functionality is expected to be available to partners and end customers in June.

Aruba in December announced its secure cloud on-ramp solution which extends its Zero-Trust approach from the edge to the cloud. Today, the offering supports both Amazon Web Services (AWS) and Microsoft Azure environments. LaPorte said that Google Cloud support is on the roadmap. The enhanced offering lets customers connect to their public cloud service providers while keeping their SaaS applications performing at high levels, he added.

"We want to help customers connect to these cloud services and also [help customers] maintain their security postures once they do," he said.