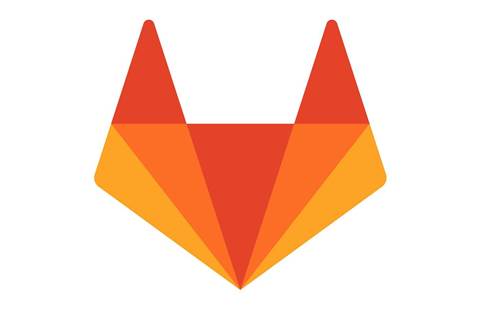 As it prepares to go public, GitLab is making a major investment in ramping partner engagement with a new channel chief and program.

The DevOps startup eyeing an IPO in November recently hired Michelle Hodges as vice president of channel, and with the seasoned executive in place GitLab is ready to go all-in on channel with its first true implementation of a partner program.

"When we look at what GitLab needs to help customers along their journey and our next phase of growth, first is to provide more channel leverage," Hodges, who previously led the partner program at Gigamon, and before that Riverbed, told CRN USA.

GitLab has a large install base, and demand for its full-lifecycle platform is growing, she said. But the startup needs more partners to tap that demand "closer to the ground" and, once those customers are acquired, move them along their DevOps journey.

GitLab was founded in 2013 as a provider of a web-based git repository building off the success of an open source project. Since then, the company has evolved into an end-to-end DevOps platform, and scaled to more than a thousand employees, most of whom work away from its San Francisco headquarters through a remote workforce model.

GitLab does business with about 200 resellers, but the company only sees about 25 of them as highly committed to its products—adding value and providing recurring engagements.

Hodges, whose channel-leadership experience spans Microsoft, VMware, SAP and Intel, doesn't want to limit focus to growing those numbers. Instead, she wants that channel to diversify beyond simple transactions to offering more services, which entails expanding the partner base to systems integrators, she said.

The recently formalised program rewards partners for moving existing customers to new parts of the platform, such as CI/CD or security. GitLab is making a large investment in technical enablement to train partners in building the comprehensive DevOps services practices that enable those transitions, she said.

The competitive landscape changed dramatically in 2018, when the company's largest competitor, GitHub, was purchased by Microsoft for US$7.5 billion. That blockbuster acquisition validated GitLab's model and left it the major independent player in the space, Michael McBride, GitLab's chief revenue officer, told CRN USA.

When McBride joined the startup almost two years ago, GitLab had just begun to support some resellers, but not in any holistic way, he said.

It was customers that pulled the company to embrace channel, he said.

Those customers are facing sweeping changes brought on by new tools that get products to market faster, as well as the operational changes involved in putting those tools to work and the necessary cultural changes they precipitate. They typically don’t have in-house the resources needed to embrace those transformational demands.

"These are hard and challenging transformations, and those joint customers really benefit from the expertise of partners," McBride told CRN.

"That tends to create new services opportunity," he added. "If you look at the existing infrastructure channel today, everyone is building a DevOps practice to support and have something to say when talking to customers about digital transformation."

GitLab's first major step toward channel came by positioning its U.S. public sector business to be entirely channel-driven. That strategy proved enormously successful, McBride said, and provided a model for further efforts in bringing to market its products in combination with partners' services expertise.

Now that GitLab has scratched the surface, and with Hodges on-board as channel chief, "you can think of this as the true launch of GitLab's global channel program," McBride said.

GitLab sees a massive opportunity for partners to convert more than 100,000 organisations using its open-source solutions in production to commercial customers. Partners can also benefit by extending the thousands of paying customers into new parts of the platform.

Eliminating departmental friction within MSPs
By Joseph Tsidulko
Jan 15 2020
9:11AM