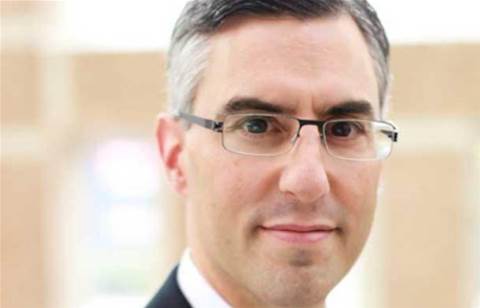 Longtime industry sales veteran and former EMC executive Chris Kaddaras is Nutanix’s new executive vice president of global sales as the hyperconverged infrastructure pioneer looks to drive software and subscription growth to the next level in 2020.

Kaddaras spent more than 15 years at EMC in various top sales positions in Europe, the Middle East and Africa, including vice president of commercial sales for EMEA, before leaving to join Nutanix in 2016 following Dell's acquisition of EMC.

Kaddaras said Nutanix has “industry-defining technology” tied with an unmatched team of talent that will continue to drive growth in the future. “Add this to a large and growing market for both hyperconverged infrastructure and hybrid cloud, and it makes this role very exciting,” Kaddaras said.

Kaddaras joined Nutanix in October 2016 as vice president and head of EMEA, and was promoted to senior vice president of sales for the Americas in 2019.

In an interview with CRN USA last year, Kaddaras said one of his goals is to mature Nutanix’s partner program and relationships with channel partners.

With nearly three decades of experience, Kaddaras has “proven himself a transformational sales leader,” said Nutanix co-founder and CEO Dheeraj Pandey in a statement.

“Through his leadership, our customers and partners understand the real value proposition of Nutanix,” said Pandey in the statement. “He has been instrumental in our shift to software and subscription, while keeping customer satisfaction high. His unique blend of business acumen and sales discipline will help us grow from being a pioneer in hyperconverged infrastructure to being a streaming infrastructure pioneer that strives to virtualise, simplify, and integrate multiple clouds.”

Nutanix’s world-renowned Enterprise Cloud OS software has enabled massive software and subscription growth and expansion for the company. Enterprise Cloud OS brings one-click application management and mobility across public, private and distributed edge clouds so they can run any application at any scale. Nutanix has also launched a slew of new services over the past 18 months around cloud, predictive analytics and storage, to name a few.

Nutanix has yet to name Kaddaras’ replacement as senior vice president of sales in the Americas. Kaddaras will continue to lead sales for the Americas region until a new leader is appointed.

“I’m looking forward to helping take Nutanix through our next phase of growth.” said Kaddaras.