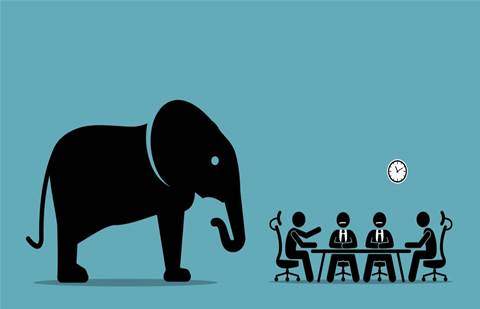 Xerox's hostile takeover bid for HP Inc. is taking a major step with the start of the company's US$34.9 billion tender offer.

The offer is asking all HP shareholders to sell their shares to Xerox for $24 a share, via a combination of cash and Xerox shares.

On Monday, HP confirmed that the "unsolicited exchange offer to acquire all outstanding shares of HP common stock" has "commenced."

HP pledged to advise shareholders of the board's position on the offer within 10 business days.

Xerox did not immediately respond to a request for comment.

Last month, HP adopted a shareholder rights plan that aims to stymie the takeover while committing to a capital return plan that includes an $8 billion share buyback in the year following HP's 2020 annual meeting.

HP executives also laid out their fullest case yet for why they believe the Xerox proposal is a bad deal for everyone other than Xerox.

The Xerox bid “compromises the future of HP and the value of HP's shares,” HP CEO Enrique Lores said during the company's quarterly call with analysts last week.

Also on Monday, Xerox announced four new lending partners and disclosed how much each bank is willing to contribute to a potential purchase of HP. The cash is expected to come in two sums: a $19.5 billion payment and a $4.5 billion cash flow bridge payment.

HP partners who spoke to CRN about the proposed deal have suggested that printer market consolidation may not be a bad thing, but struggled to understand how a combined HP/Xerox would  benefit HP's resurgent PC businesss.

The comments echoed what Lores himself said last week in speaking about Xerox's hostile takeover bid.

With HP Inc. and Xerox, "we are looking at two very different companies," Lores said. "HP is a global leader in both personal systems and print. Xerox has no presence in personal systems."

Eliminating departmental friction within MSPs
By Kyle Alspach
Mar 3 2020
6:10AM