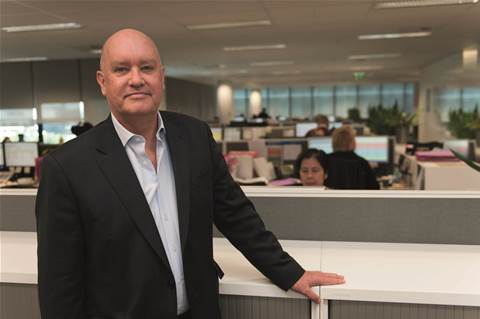 Dr David Cooke will leave his role as managing director and chairman of print vendor Konica Minolta after close to 15 years with the company.

He will remain with Konica until mid-July, marking the end of the Japanese financial year, to oversee the transition to a new leader.

A Konica Minolta press release said Cooke had been instrumental in leading the company’s transformation from an office and production printing vendor to becoming an IT and technology business partner, including venturing into 3D printing and robotics, software and services.

“As I am sure you can imagine I have very mixed feelings about leaving, with the greatest challenge being leaving behind the friends I have made during my nearly fifteen years at Konica Minolta," said Cooke.

“The choice of replacement however, gives me considerable confidence with regards to the future success of the company.”

Cooke joined Konica Minolta in 2005 as general manager of sales, and was appointed to the top role in 2013. He will be replaced by Japanese executive Yohei Konaka on 1 April, who has worked for Konica Minolta for 19 years in the US and Canada.

“I’m confident that Yohei will continue to build on the reputation Konica Minolta Australia has as a leader in areas such as human rights and ethical sourcing in line with the company strategy aimed at creating value for business, customers and society and meeting our commitment to the United Nations Sustainable Development Goals, and delivering that into the future,” Cooke added.

Grabbing the hybrid cloud opportunity with Lenovo and Azure Services
By Brendon Foye
Mar 9 2020
10:38AM