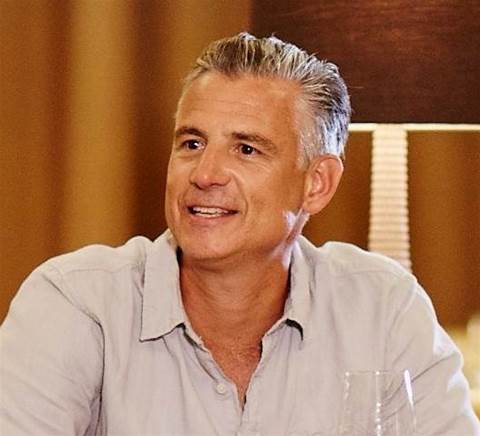 Isbell has extensive experience in the technology industry, having worked at Microsoft as account director, wealth capital markets and insurance; HPE – director, financial services industry growth; and over 10 years at IBM in several roles. Isbell also spent many years in the Royal Australian navy.

In 2019 Cognian Technologies launched Syncromesh, an open wireless mesh technology supports a wide range of IoT devices and applications. It contains a central hub and wireless units installed in the building’s smart lights, these interface to the lights using the DALI standard and act as nodes in the wireless mesh.

Cognian co-founder and CEO, Mark Blum told CRN Isbell was brought on to build relationships with key property and technology players as Cognian continues its expansion.

However Isbell’s introduction to Cognian was unusual.

“I had to leave Microsoft in 2019 because I was involved in a motor accident,” he said. “I was in recovery and doing physio when I did some pro-bono work for Cognian and I really liked working with these guys,” said Isbell.

According to Blum he and Isbell are “currently talking to a broad range of potential partners”.

“Partners are critical to the Cognian Syncromesh platform, as the property industry spans many different sub-industries such as education, healthcare, residential and commercial - which have a variety of common needs though equally seek industry-specific offerings,” he said.

“The kind of partners we seek to engage are those who see the immense opportunity in the built space to surface, aggregate and analyse building data to improve wellness, sustainability, carbon neutrality, as well as the traditional business drivers of top and bottom line growth and productivity,” he added,

“Manufacturer; integrators and electrical contractors; and experienced providers are traditional sell-through model with some sell-with. Platform providers are sell-with and potential Cloud solution provider play for Cognian; while consultants and advisors are key influencers,” said Blum.

“As Cognian progresses its SaaS offering – known as ‘Smart Canopy as a Service’ and are in discussion with players in the smart building integration and control systems space,” he added.

Cognian recently received $850,000 Federal Government accelerating commercialisation grant. It was also one of 12 businesses selected from 182 applicants to participate in the first round of the RealTechX Growth Program.

Eliminating departmental friction within MSPs
By Lilia Guan
Mar 20 2020
6:39AM