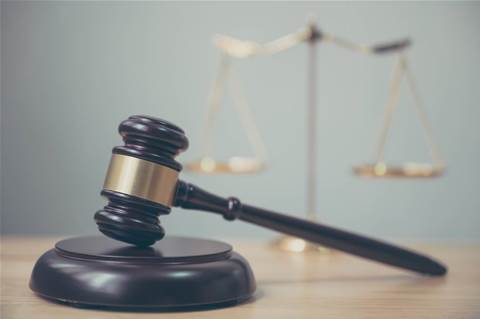 Data protection and management software Commvault on Tuesday said it has filed lawsuits against Cohesity and Rubrik, alleging the two together have infringed seven Commvault patents.

Marcus Muller, Commvault’s vice president and chief intellectual property counsel, said the lawsuits are about responsibility to the company's investors and employees, and about fairness in competing in the market.

“For over two decades, we have been delivering solutions to customers," Muller told CRN. "We were pioneers in this space. It hasn't been easy. We invested over US$1 billion in our innovations, and have almost 900 patents worldwide and over 350 patents pending.”

“We're not litigious,” he said. "I've been here since 2004, and we have not filed a lawsuit for patent infringement before. We hope once they see the seriousness of this, they will work with us. We want them to compete fairly.”

Lynn Lucas, chief marketing officer at Cohesity, told CRN via email that it is not uncommon for legacy vendors to try to disrupt the disruptors with frivolous lawsuits in an attempt to stifle innovation and sales.

"In this case, we were made aware of Commvault’s lawsuit not by their legal representatives but via the media," she said.

"We believe there is no merit to this complaint, and we will of course stand our ground and defend our technology vigorously. This complaint appears to be an attempt to slow our rapid growth and impede our accelerating success."

"Our view is that innovation can’t be stopped. We believe the market is excited about our vision and extraordinary solutions, as evidenced by our recent US$250 million Series E funding round and the 100 percent increase we’ve seen in customers as well as data under management."

Rubrik, in an unattributed statement mailed to CRN, simply responded, "Rubrik does not comment on pending litigation."

Rubrik, like Cohesity, has the funding to defend against the lawsuit should it decide to do so. The company last year closed a US$261 million round of funding.

One solution provider, who asked to remain anonymous because their company works with all three vendors, said there is a lot of consolidation and a lot of equity plays going on in the storage industry which may have contributed to Commvault's decision to file the lawsuit at this time.

"Commvault is becoming more aggressive," the solution provider told CRN. "This is probably not a bad play for them. The company has received new money, new leadership, and new influencers. They probably are looking to make sure their investments are maximized."

How this works out is likely to be something the courts will decide, the solution provider said.

"Lawsuits happen in this industry frequently," the solution provider said. "But at the end of the day, until the judgement comes, there's not much to say."

When asked why Commvault is filing lawsuits against Cohesity and Rubrik for alleged infringement on common storage software capabilities like cloud, data deduplication, snapshots, search, security, and virtualization, Muller said his company is not claiming everything in these technologies.

"We're looking at specific patents," he said. "Each patent itself is unique, and exposes novel inventions. The particular patents we have in these areas are what we feel they are infringing on."

Muller refused to speculate about whether Commvault might file similar lawsuits against other storage competitors. "We can't speculate on anything that might happen in the future," he said.

He also said he could not comment on whether other storage software vendors have licensed any technology from Commvault.