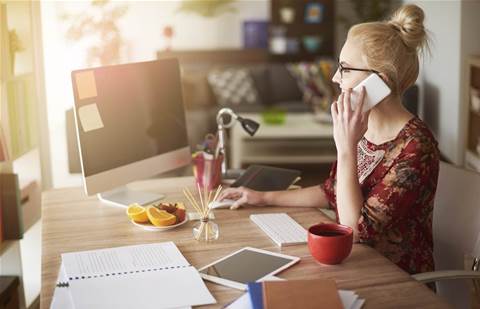 A survey of Australian professionals reveals that the majority of younger workers are struggling with the transition from working in the office to home in the onset of the COVID-19 pandemic.

The survey, conducted by media marketing firm Engine Insights and commissioned by collaboration and work management vendor Smartsheet, found that 93 percent of workers classified under “Generation Z” (aged 18 to 23 as of April 2020) and 90 percent of workers classified as “Millennial” (aged 24 to 39) were reporting difficulty working remotely as a result of COVID-19.

Engine Insights surveyed a sample of 502 adults aged over 18 years old in Australia who are currently employed, previously worked in an office setting but are now working from home due to COVID-19, and work for companies with more than 1000 employees.

Other findings also revealed that three-quarters of the Australian workforce felt less connected, including 76 percent of Gen Z and 78 percent of Millennials.

Two-thirds of Aussie workers meanwhile reported they felt less informed on what is going on within the company after working from home, with Gen Z and Millennials reporting 69 percent each compared to 47 percent of “Baby Boomers” (aged 56-64).

The survey also found that 60 percent of all workers, including 79 percent of Gen Z and 68 percent of Millennials, said the amount of time spent on video calls each day is making it hard to get work done.

Half of the younger workers surveyed, Gen Z and Millennials combined, were also finding it difficult to communicate with colleagues, ensure their contributions are visible and understand the status of projects they’re involved in and how they can best move them forward.

More younger workers found they were finding it difficult to stay organised and prioritise the most important work compared to their older colleagues, specifically 55 percent of Gen Z and 63 percent of Millennials, compared to just 38 percent of “Generation X” (aged 40-55) and 34 percent of Baby Boomers.