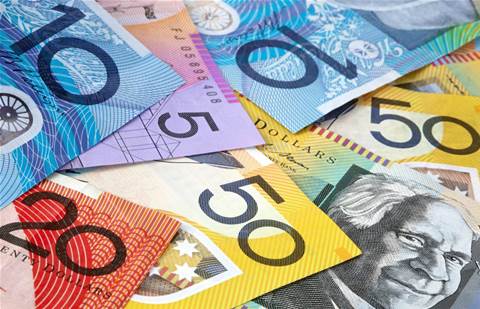 Shares of Afterpay Ltd surged nearly 36% in early trade on Monday after it unveiled Tencent Holdings  as a shareholder at the end of last week, with investors cheering the buy-now-pay-later company's possible expansion in Asia.

Shares of the Australian firm climbed to $39.59 within the first few minutes of the open, not far off of an all-time high of $41.14 it reached in February.

Analysts said the Chinese gaming and social media giant could help Afterpay expand into Asia - an uncharted region with a large young population.

"The big prize is clearly geographic expansion, particularly China, which is obviously a substantial market. It would have been very hard, if not nearly impossible, for APT to enter China without a strategic partner," RBC said in a note.

Afterpay's co-founders Anthony Eisen and Nick Molnar said in a statement the company would work with Tencent on expansion, technology and future payment options on the Afterpay platform.

Tencent had been gradually building up a stake since March 27, a filing by Afterpay to the Australian Securities Exchange showed late on Friday, rising to a 5 percent shareholding by April 30.

The stake build-up comes as the buy-now-pay-later sector faces a test from rising unemployment, fewer transactions and an economic downturn due to the coronavirus pandemic.

Afterpay suffered its worst month ever in March as investors dumped the stock over worries about the economic fallout from the pandemic on the fast-growing space. Its shares fell by nearly a third from February's all-time high.

However, investors are taking Tencent's interest as a sign of confidence in the sector's long-term potential given its rising popularity, mainly with millennials.

Buy-now-pay-later firms allow customers to pay for goods through interest-free instalments, helping sidestep stringent rules associated with getting a credit card or loan.

Currently, Afterpay operates in Australia, New Zealand, the United States and Britain and has plans to expand into Canada later this year.

The loss-making firm has turned into one of the buy-now-pay-later sector's largest companies, with around 8.4 million customers signed up at the end of March, with plans to raise that to 9.5 million by June-end.

Shares of smaller rivals like Sezzle Inc and Zip Co Ltd climbed around 9 percent on Monday amid a broader market down 1.3 percent.

Mitigate tech risk in your business
By Nikhil Nainan
May 5 2020
6:45AM