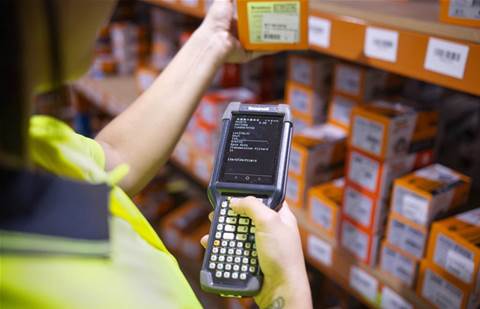 The company replaced some legacy Windows-based scanners that were reaching end of life with the Android-based Honeywell CK65 mobile computer across Auto One’s warehouse and stores.

“Auto One selected us based on our turnaround time based on our service levels and among other things,” Kazi said. “We initially went with a different vendor but due to some performance issues, we replaced them with the Honeywell CK65 scanners.”

Kazi said Auto One wanted a device that is reliable, robust, able to scan barcodes fast, a large screen and keyboard and is based on Android. The company ended up with the Honeywell CK65 based on the features and functionality and value for money.

Ergonomics was also a factor, so the device also had to be light enough to be used by both male and female staff for an eight-hour shift.

Auto One franchise operations manager Adam Townsend said the company’s legacy scanners didn’t integrate with its warehouse systems. “As a result, order picking was done by printing and scanning packing slips, which was open to inefficiencies.”

“By implementing the Honeywell CK65, Auto One has significantly improved picking productivity. The device’s ability to rapidly and accurately read barcodes has allowed staff to pick more orders per day, getting products to customers in a timelier manner,” he added.

The new devices’ improved accuracy prevented staff from having to enter bad quality barcodes manually, which in turn reduced frequent errors. The 48 hour battery life also reduced the amount of time where staff needed to recharge or swap out old devices, as well as maximise the availability of workers over the course of a shift.

“Our warehouse has seen a 35 percent increase in accuracy in relation to workflows such as order picking, which means we now have an overall picking accuracy of 99 percent,” Townsend said.

The mobile computer scanners have also been integrated with Auto One’s critical B2B portal to ensure stock availability information inside the portal is updated in real-time.