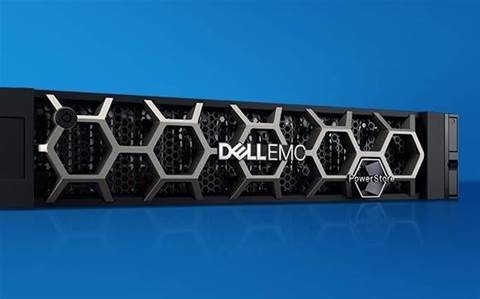 Dell Technologies has launched the first storage offering built from the ground up since the merger with storage giant EMC.

The new PowerStore mid-tier boxes can scale to a maximum of 8 boxes for compute and 11 petabytes of storage.

In addition, the new range comes equipped with storage class memory drives, not only for caching, but also for persistent storage.

Dell ANZ senior director of technology Adrian Iannessa explained that the development of the new product line was the result of efforts of more than 1000 engineers, including some from Dell subsidiary VMWare, and a “huge” financial investment.

“There are two challanges we looked at, there are data challenges- and there are operational challenges,” he told CRN.

“In the past, storage arrays have done a good job with data challenges, but now we think the other focus is operational efficiency.”

Iannessa said a platform that can integrate into kubernetes, the cloud that’s automated with simple management and efficiency will be in demand.

“Even bigger than that it is the operational challenges of trying to manage the environment and being agile as a public cloud environment.

Iannessa said that due to the active active nodes in the appliance, you can scale storage up in an appliance, or you could add up to eight more appliances to create a cluster.

“So you'd have a cluster of eight appliances that you could scale out well. The important thing is you can scale your storage capacity and scale your processing power independently of each other.”

“So the thing that sets us apart is that it's a modular architecture,” said Iannessa.

“That's going to allow us not only to allow us to deliver what we've got in the appliance today, but rapidly iterate and add new, you know, new technologies in the future.”

Iannessa said customer feedback had spotlighted a need for data intensive environments and limited space due to the increased demand for edge compute and cloud.

“So in those environments, we think there's a use case where if you can run an application directly on the storage array without needing a separate computer or server box and not needing the networking then it's required,” he said.

From a partner perspective, Dell ANZ head of channels Shant Soghomonian said the vendor had been working with key local partners and distributors ahead of launch to develop training, demonstration and marketing capabilities.

He added that the versatility of the new arrays made them applicable for almost any workload and this meant sales opportunities would be relatively limitless.

“it has always been our strategy to have that capability in pre sales, sales, but also most importantly deployment, certification and training so for our partners to be able to go out and architect a solution and migrate data.”