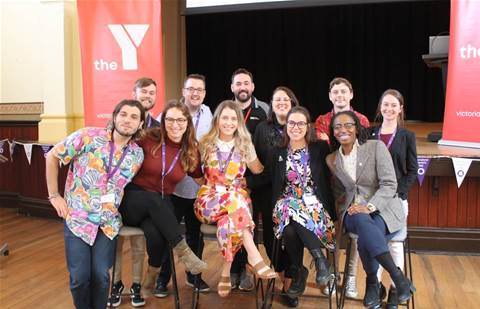 The solution was built with Microsoft’s Power Platform, where the application is pre-populated with an individual’s information required to apply for the support package.

Users are able to see the information, verify it and apply a digital signature before YMCA submits the form to the Australian Taxation Office (ATO).

The development of the PowerApp had a turnaround time of two days to comply with the ATO’s deadline and get eligible staff onto the pay cycle to ensure they get paid for the month.

Microsoft introducted Barhead to YMCA due to its experience and expertise with Power Platform. Barhead founder John Orrock said YMCA reached out at 6pm on a Wednesday asking for a completed solution on Friday the same week.

“Although the 2-day request was aggressive, it was also doable given the Y’s approach to teaming,” Orrock said.

“Our expertise and experience with Microsoft’s Power Platform allowed us to complete the solution and support the Y’s team through end-user processing of about 5,000+ records. It was a true rapid solution delivery with the appropriate controls.”

YMCA Victoria had to apply for the JobKeeper support package after it had to shutter more than 150 locations, including swimming pools, gyms, youth programs and camping sites, which had resulted in the standing down of some 5,200 staff.

YMCA Victoria executive head of technology and strategy Shane Riddle said the process “presented a very large logistical challenge” to try and manage a manual process with the more than 5000 staff involved. The non-profit also wanted good governance in case any of the applications were queried by the ATO later and was easy enough to be used by non-tech savvy users.

Riddle said the rapid turnaround had “genuine human impact”. “We had to ensure that we could get those forms out, get the people to review and populate the form, and then send a signed form back,” he said. “Because within the regulations that the ATO had laid out, no one will be paid unless they have a signed form.”

“Timelines were quite strict. We had no movement in that. Barhead were fantastic - the way they approached it was agile in the extreme,” Riddle added.

“We needed something very simple to allow them to walk through, understand what they were looking at and signing up to, and then apply their signature and send that form back.”

Looking ahead, Barhead will continue working with YMCA Victoria to deploy collaboration solutions for the organisation as it continues to deal with COVID-19.

Telecommunications Services
By Nico Arboleda
May 12 2020
7:00AM