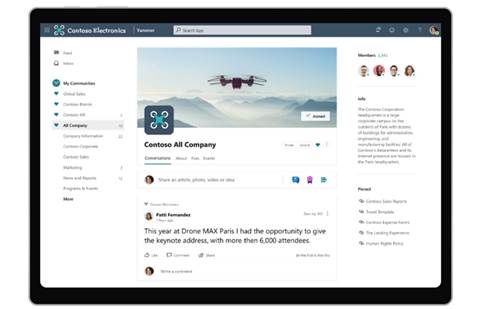 Microsoft has released a preview version of its updated Yammer collaboration application, ahead of a full release expected in July.

Microsoft announced that its social networking tool for use within organisations would be getting new features during its Ignite conference in 2019. Now, the vendor is giving users the opportunity to test them out.

“At Microsoft Ignite, we announced an entirely redesigned Yammer experience, with new capabilities and integrations that drive employee engagement throughout Microsoft 365. Now, the new Yammer is available to organizations in public preview,” Microsoft’s GM of Yammer and Office 365 Groups Murali Sitaram wrote on the vendor's Tech Community blog.

Some of the new features on the platform include:

You can check out a full list of features here.

Users can opt-in to access the new features once their global Microsoft 365 admin enables them. The new Yammer is also available on iOS and Android, and there is a new Yammer app for Teams too.

Microsoft said it was targeting worldwide availability in July for the full release.