US govt likely to sue Google over antitrust violations 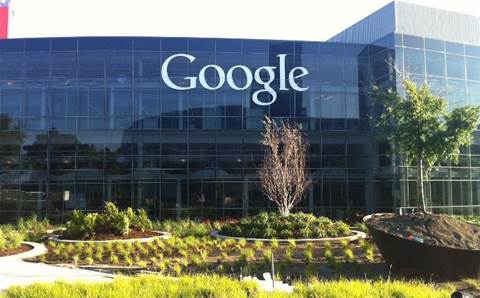 The US Justice Department, followed by a coalition of state attorneys general, will likely sue Google for alleged antitrust violations later this year, according to a Wall Street Journal report published Friday.

Justice could bring a case against the tech giant as early as summer, with state AGs that have conducted their own joint investigation filing possibly separate charges in the fall, the newspaper reported, citing unnamed sources “familiar with the matter.”

The federal lawsuit will target Google’s advertising business as well as search practices determined to be anti-competitive. The various states, in an effort led by Texas Attorney General Ken Paxton, will focus solely on advertising, but it’s not clear if they would file independently or join the Justice Department’s suit.

Attorney General William Barr has treated the investigation into Google as a top priority, and he had previously told The Wall Street Journal he wanted to reach a decision as to whether to bring a case by summer.

While the newspaper’s sources said all signs point to lawsuits down the road, a final call hasn’t been reached in either the federal or state probes.

At a press conference in Washington, D.C., Paxton said the probe would examine whether Google’s ad delivery and search practices suppressed competition and innovation and harmed customers.

While many people see the internet as free, “certainly we know from Google’s profits of US$117 billion that the internet is not free,” the Texas AG said in front of the US Supreme Court building.

A few days before that event, Google revealed US Justice has asked the company to provide documents related to past investigations as part of a new probe.

The internet services giant made a similar assertion to the SEC, informing the regulatory agency that parent Alphabet "received a civil investigative demand from the DOJ requesting information and documents relating to our prior antitrust investigations in the United States and elsewhere."

Google has endured a previous antitrust probe, conducted in 2012 by the Federal Trade Commission.

The FTC argued that following its acquisition of Motorola, Google sought or threatened injunctions against competitors' products through the International Trade Commission, despite prior promises from Motorola to license relevant patents.

A settlement reached at the start of 2013 required Google to meet prior commitments to license key patents under fair, non-discriminatory terms.

Google did not immediately respond to a CRN request for comment on the Journal's report.

Grabbing the hybrid cloud opportunity with Lenovo and Azure Services
By Joseph Tsidulko
May 18 2020
6:50AM