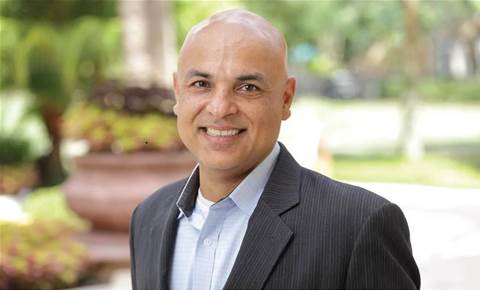 The cloud security vendor said acquiring Edgewise Networks will significantly improve the security of east-west communication by verifying the identity of application software, services and processes. This will measurably reduce the attack surface, Zscaler said, thereby lowering the risk of application compromise and data breaches.

“It felt very similar technologically to what it is that we were doing,” Zscaler executive vice president of business and corporate development Punit Minocha told CRN. “And it felt like a good fit culturally.”

The cybersecurity industry has historically relied on existing technologies like overlay networks and traditional firewalls to secure application-to-application communications, Minocha said. But this ends up creating large, flat networks that are difficult to manage as workflows move to the cloud and become more dynamic in nature, according to Minocha.

The Edgewise product is already quite polished and finished, and Zscaler plans in the short-term to sell the product as is into its existing customer base, Minocha said.

Over time, Minocha said Zscaler hopes to take the artificial intelligence and machine learning DNA found in Edgewise’s application and communication flows and apply it to the Zscaler Private Access (ZPA) cloud service.

“Our customers demand integrated solutions and not some disparate products,” Mincoha said. “The architecture lends itself, the people lend itself, and we believe we have picked a winner.

Terms of the deal weren’t disclosed. Zscaler’s stock is up US$12.14 (16.02 percent) to US$87.94 in after-hours trading Thursday. The company also announced earnings after the market closed, with year-over-year revenue for the quarter ended April 30 skyrocketing by 40 percent to US$110.5 million and net loss increasing by 58 percent to US$19.3 million, or US$0.15 per share.

Edgewise Networks was founded in 2016, employs 27 people, and has raised US$18 million in two rounds of outside funding. The company closed a US$11 million Series A round in June 2019 that was led by venture capital firms Accomplice and .406 Ventures.

“Edgewise automates the identity-based policies making it easy to reduce the attack surface across public cloud, multi-cloud, data center and even container environments,” Edgewise CEO Peter Smith said in a statement. “We are thrilled to join the Zscaler family and share our innovation with the global Zscaler customer base.”

Organizations are at risk against attacks that can move laterally within the network as east-west traffic, Zscaler said. A single compromised server enables an adversary to harm multiple servers and applications on said network, according to Zscaler.

Edgewise discovers individual applications and their legitimate communication patterns, according to Zscaler. From there, Zscaler said the company provides application segmentation by using artificial intelligence and machine learning algorithms to automatically create and enforce authorized communication.

This approach is far superior to legacy network segmentation for security, according to Zscaler. Edgewise excels at using software identity verification to simultaneously strengthen security and simplify operations, Smith said in his statement.

The Edgewise Networks deal is Zscaler’s fourth acquisition in the past 20 months. The company in August 2018 purchased the development team and artificial intelligence and machine-learning technology of TrustPath. TrustPath had developed algorithms to identify new threats, resulting in enhanced security and accelerated incident response.

Nine months later, Zscaler got into the browser isolation space with the US$13 million buy of Appsulate to provide users with secure access to web-based applications and content by rendering safe pixels to the browser, protecting corporate endpoints from security concerns. Browser isolation is especially suited for security sensitive verticals such as financial services and defense, according to Zscaler.

And just last month, Zscaler agreed to buy cloud security posture management startup Cloudneeti to prevent and remediate application misconfigurations in the cloud. The acquisition was expected to extend Zscaler’s data protection for Software-as-a-Service (SaaS) applications into public cloud workloads, the company said at the time.

Grow your software revenue by selling these 5 affordable, essential tools for the modern workplace
By Michael Novinson
May 29 2020
11:59AM