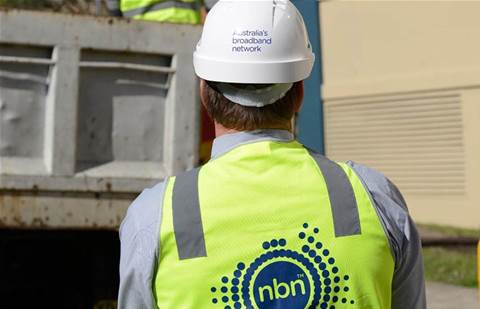 Communications minister Paul Fletcher has taken a jab at the Australian Labor Party as NBN Co nears completion of its network.

In a statement posted to his website, Fletcher said, “In 2013 our Liberal National government inherited an NBN which was a failing project, with barely more than 50,000 fixed line premises connected.”

“We committed to a turnaround – with the NBN to be rolled out four years more quickly and for $30 billion less than under Labor’s plan – and we have delivered,” he added.

The comment came after NBN Co last week revealed that the NBN network build reached 99 percent completion as it achieved NBN connectivity for 11.5 million premises across Australia. Fletcher said the target was reached one month ahead of schedule, despite recent bushfires, floods and the COVID-19 pandemic.

It was not the first time Fletcher has included those talking points in other NBN-related announcements, calling the NBN under Labor a “colossal mess” and that “only a mug” would believe in former Prime Minister Kevin Rudd’s “NBN nirvana”.

However one can argue that the Communications minister may be talking about two entirely separate networks - one with a plan to connect fibre optic cables directly to houses and businesses — plus some fixed wireless and satellite for remote areas, and another is a mixture of new fibre and satellite connections and legacy technologies like hybrid fibre-coaxial (HFC) and copper.

Of course, if you decide to take shortcuts and keep outdated technology involved, then it would be a lot easier to complete a project quicker than actually overhauling it to become future-proof.

In an op-ed written in May 2020, Fletcher cited an NBN strategic review commissioned in 2013 that Labor’s original fibre-to-the-premises plan would only be completed by 2024 and make the network build more expensive, whereas the current network was slated to finish three years earlier.

The NBN rollout may be close to completion but would you consider broadband connections running as low as 12Mbps with only a fraction of users with access to gigabit speeds worth the $51 billion bill?

The original fibre-to-the-premises plan under Labor was definitely ambitious, expensive and would have taken a long time to complete to account for Australia’s geography. But it also meant investing in our future and being able to actually catch up with the rest of the world.

Fletcher’s Liberal-National coalition has never been a fan of the NBN, with John Howard calling it a “colossal waste of money” in 2010 since “not everybody" needed 100Mbps connections.

Most of the NBN connections are on 50Mbps plans, with some still at 12Mbps and 25 Mbps, while access to 100Mbps and higher is limited to certain areas and NBN technologies.

The Liberal-National coalition has a long history of claiming to be better “financial managers” and that Labor is a spendthrift party which likes to run up deficits.

That attitude has extended to infrastructure projects like the NBN. But the project reached $51 billion in costs, compared to its initial estimate of $29.5 billion in 2014, so was it worth it in the end?