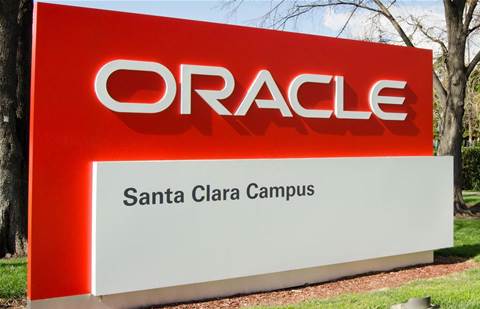 Oracle CEO Safra Catz told investors Tuesday the technology giant has reached the point where its growing businesses are larger than its declining ones.

That ongoing shift will “inevitably drive revenue” as the company increasingly migrates its massive on-premises install base to emerging products like its public cloud and autonomous database service, Catz (pictured above) said in a fourth-quarter 2020 earnings call.

But the positive milestone wasn’t apparent in Q4 financials, as Oracle’s revenue for the quarter ended May 31 of $10.4 billion marked a year-over-year decline of 6 percent. Catz said the coronavirus crisis was to blame, but only “delayed by a few months” her previous financial projects, and she expects growth to accelerate in 2021.

In the long-term, COVID-19 will likely have a positive impact on the industry and Oracle’s fast-growth businesses.

“We believe the pandemic has actually focused customers more clearly on the need for the modern technologies which are uniquely at the core of Oracle’s offerings,” she said.

Later in the earnings call, Oracle Executive Chairman and CTO Larry Ellison told investors that “we don’t care much about” those businesses in decline—it doesn’t matter to Oracle that it’s selling fewer Spark servers than it did when it first bought Sun Microsystems.

That’s because those businesses on the rise, like its Fusion HCM and ERP cloud-based software, which grew by 27 percent and 32 percent respectively, the OCI Gen2 cloud, and the Oracle autonomous database offer much higher margins, he told investors.

What’s going on “is a fundamental mixed shift” which explains why in recent years Oracle has maintained a strong bottom line, even when the top line declined, he said.

Ellison hailed new relationships struck in the quarter with Zoom and 8x8 as “great wins” that happened because those business communications providers saw the benefits in price and performance of hosting their video-conferencing platforms on Oracle Cloud Infrastructure.

Zoom now moves more than 8 petabytes each day through the OCI network. And 8x8 at first only did a partial migration from AWS to OCI, but once the company saw the benefits of hosting on Oracle, “that sealed the deal” and it moved its remaining services, Ellison said.

Oracle offers the “world’s only second-generation autonomous cloud,” Ellison said. “Autonomy is the defining technology that separates our Gen2 cloud from Amazon’s, Microsoft’s and Google’s generation-one cloud,” he added.

Those “self-driving computer systems” eliminate human labor—and with it human error, he said, adding, “all of the big data losses at Amazon were caused by human error.”

In the fourth quarter, Oracle’s critical cloud services and license support business delivered $6.8 billion in revenue--only a 1 percent upward tick in the high-growth division from the same quarter of the previous year.

“We think when people compare our second-generation infrastructure to AWS or Azure or the rest, they’re going to pick our cloud,” Ellison said. “They just have to come look. Once they look, we win.”

And with Oracle making that pitch to hundreds of thousands of its existing database customers, including most of the world’s largest corporations and governments, if he’s right, a massive wave of adoption should follow, Ellison said.

Earnings-per-share of $1.20 slightly beat analyst expectations of $1.15, even as overall and cloud services revenue fell short of predictions.

Those mixed results sent Oracle stock sliding down in after-hours trading. Shares closed Tuesday at $54.59, then fell to a low of $51.85 before slightly recovering.

Grabbing the hybrid cloud opportunity with Lenovo and Azure Services
By Joseph Tsidulko
Jun 17 2020
11:58AM